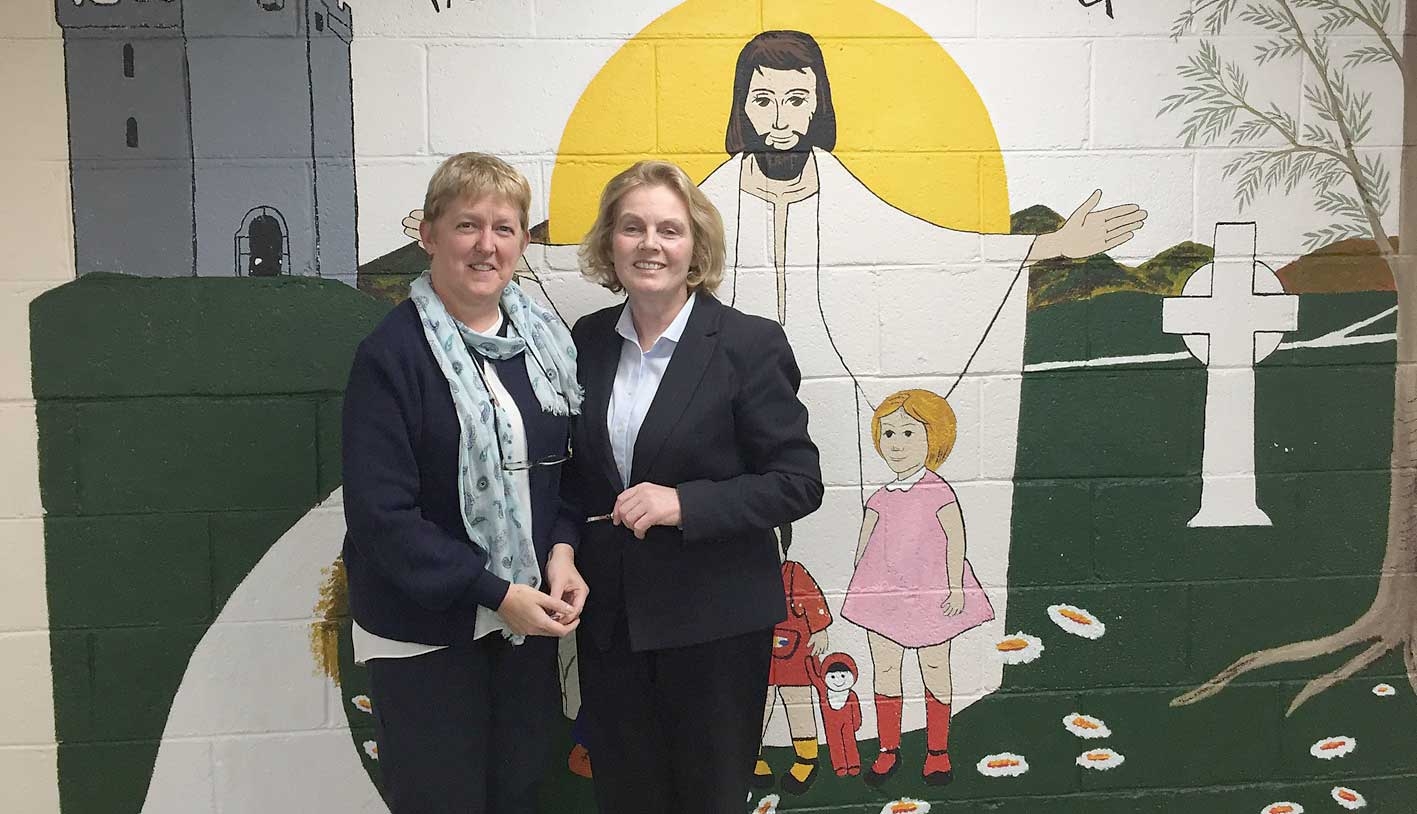 A LOCAL principal and teacher, who has taught hundreds of pupils during her 34 years of working in Scoil Íosa in Tymon North, has described how “privileged” she feels to have worked in the same school for so long, ahead of her retirement next month.

Ms Griffin told The Echo: “It’s been a real privilege to work in the same school for so long and to build up relationships with the children, parents and staff.

“When I started working in the school, Tallaght had a bad reputation, but it’s a wonderful place with wonderful people.”

Ms Griffin added that while some things have changed since she started in the school, the inquisitiveness and curiosity of the children has remained the same.

“The help for special needs children is a big change I’ve seen over the years – schools are more inclusive now than ever before.

“The most enjoyable thing about my job has been the fun that I’ve had with the children.

“Children basically haven’t changed, the world around them has changed, but they haven’t – everything is still new and exciting to them.”

The mother-of-three, who has two adult sons and a teenage boy, said that she’s looking forward to spending more time with her family when she retires, but she will miss the staff, students and parents that she’s worked with over the years.

“It will be sad to say goodbye to everyone. I’ll miss all the parents, teachers and the children.

“When I retire, I just hope to travel a bit more and have some time to myself, and I’m also looking forward to spending more time with my family.”

Ms Griffin has been described by her colleagues as “warm, friendly, welcoming and good-humoured”, and a special Mass of Thanksgiving will be held for her in St Aengus’s Church on Tuesday, December 5 at 7pm, followed by refreshments in Scoil Íosa. All are welcome to attend the Mass.

NEWER POSTProperty of the week: Beautiful residence in private surrounds in Kilcock
OLDER POSTTV show being filmed at Belgard House