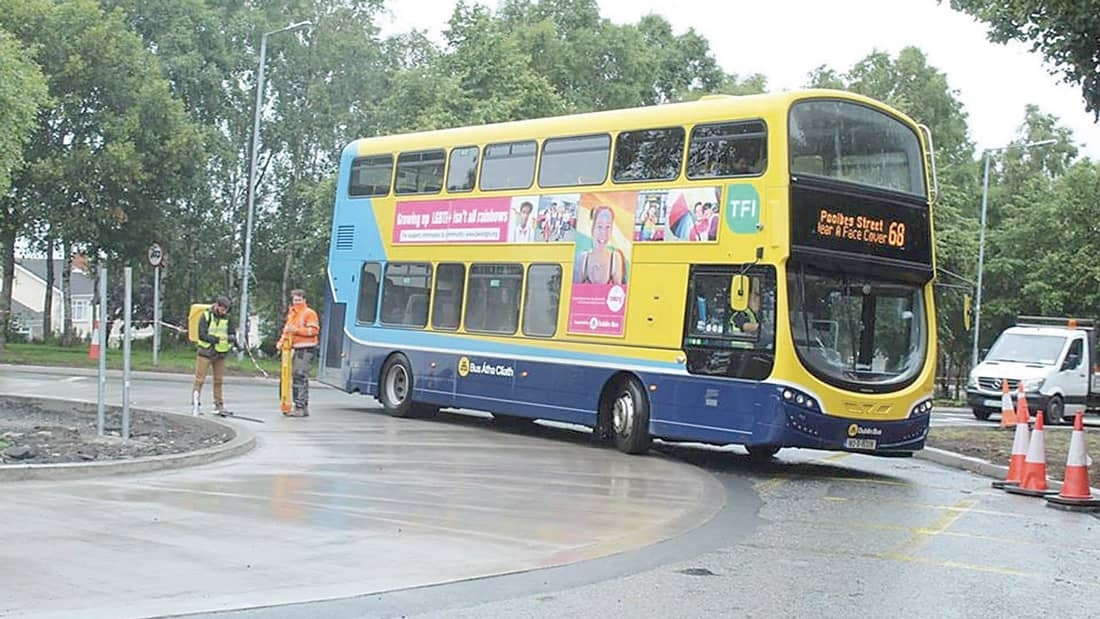 Works for the Monastery Road Improvement Scheme took place during the Summer and led to daily protests at the junction.

A Dublin Bus working its way around the roundabout

Residents objected to the reduction of a two-lane roundabout to one-lane, fearing it will drastically increase traffic congestion.

Cllr Timmons said: “I carried out a survey on my social media and out of 496 people that responded a staggering 98 per cent said they do not accept that South Dublin County Council have said they cannot return the Woodford roundabout back to its previous layout due to health and safety, with less than 2 per cent agreeing with the council.”

Cllr Timmons believes the works should be overturned.

“The way it is now is an accident waiting to happen in my opinion. I have been an opponent of the works on the roundabout since I learned how drastic they are. I have not spoken to many people that feel this is of benefit to the wider area. Nearly everyone feels traffic will be worse and that it is dangerous.”

A new residents committee Dutch Village Residents Association was set up during the dispute, and they met with the council to discuss residents’ concerns.

The Association reported an update on it’s Facebook page on September 26.

It showed maps of new proposals which include two separate lanes on approach from Woodford Hill to allow cars to head in the direction of the M50.

However, the Association said the council will not lower the apron any more than the initial offer of 40mm and are not prepared to do much more in terms of widening the exits either as they feel that traffic won’t slow down enough if they do.