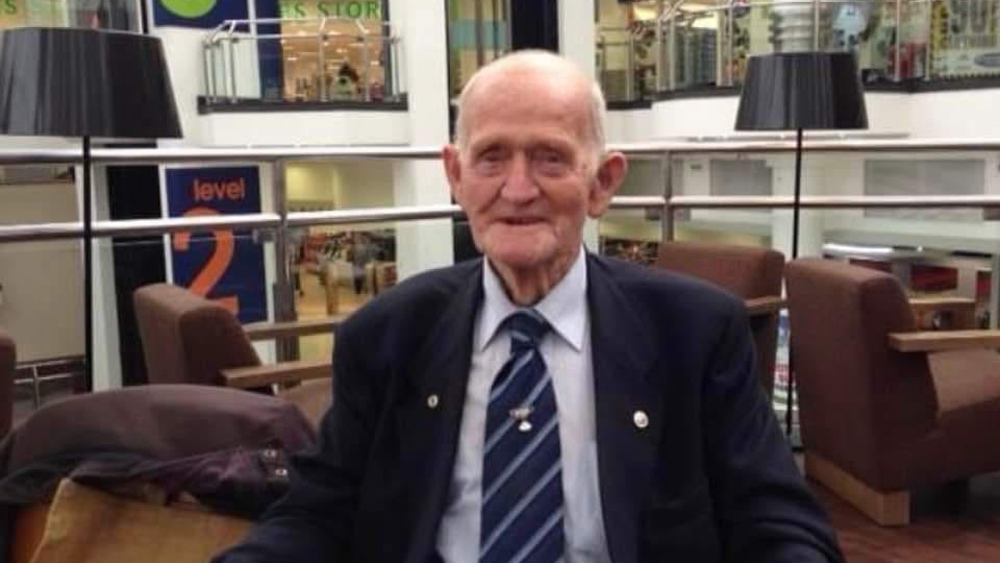 Willie Murphy was such a gifted and talented man

THE COMMUNITY in Tallaght are mourning the loss of former chairman of St Anne’s GAA Club and ‘Tallaght legend’ Willie Murphy following his passing last week.

Described as a ‘gentleman’ and a ‘true legend’ by many who knew him, William (Willie) passed away peacefully on December 26 at Lisheen Nursing Home surrounded by his family – his wife Lily, daughters Teresa and Bernadette and sons William, John and Patrick.

Originally from Bohernabreena, Willie moved to St Aengus’ in Tallaght in 1982 where he became involved in community life, joining the Glenasmole Drama Group and becoming the deputy sacristan in St Aengus’ Church.

Willie worked at Urney’s Chocolate Factory for 28 years, before taking voluntary redundancy in 1977 and began working in the council working on the roads until 1998 before retiring.

Drama and acting always sparked a huge interest for Willie, and he performed with the Glenasmole Drama Group in performances such as John B. Keane’s The Field as well as acting with The Shakespeare Theatre and frequently went to plays and performances.

Speaking about the loss of his dear friend, Fr Ben Moran from St Aengus’ Parish said: “What a great blessing Willie Murphy and his family have been to the parish of St Aengus since the family moved here in December 1982 during that big snow – Bohernabreena’s loss – St Aengus’s gain.

“He was such a gifted and talented man. He could have been an engineer, an architect, an artist, an actor, a comedian, or a priest!

“Above all he was a kind, warm human being, a thorough gentleman, a great neighbour and an outstanding parishioner. He loved his role as assistant sacristan in St Aengus’s Church.”

Willie was also heavily involved in St Anne’s GAA Club for over 30 years, being elected secretary in 1953 and later as chairman of the club. The Club passed on their condolences to Willie’s family in a post online, stating that he will be ‘sadly missed’ by everyone at the club.

A big fan of The Square Shopping Centre, Willie was known to visit the centre everyday and could often be spotted with ‘the lads’ on the ground floor of the centre at the couches which they dubbed ‘The Departure Lounge’.

Willie will be dearly missed by his loving wife Lily, who he met in The Irish Club, a dance hall in Dublin City Centre and was married to for over fifty years. Willie and Lily shared five children as well as six grandchildren and two great-grandchildren.