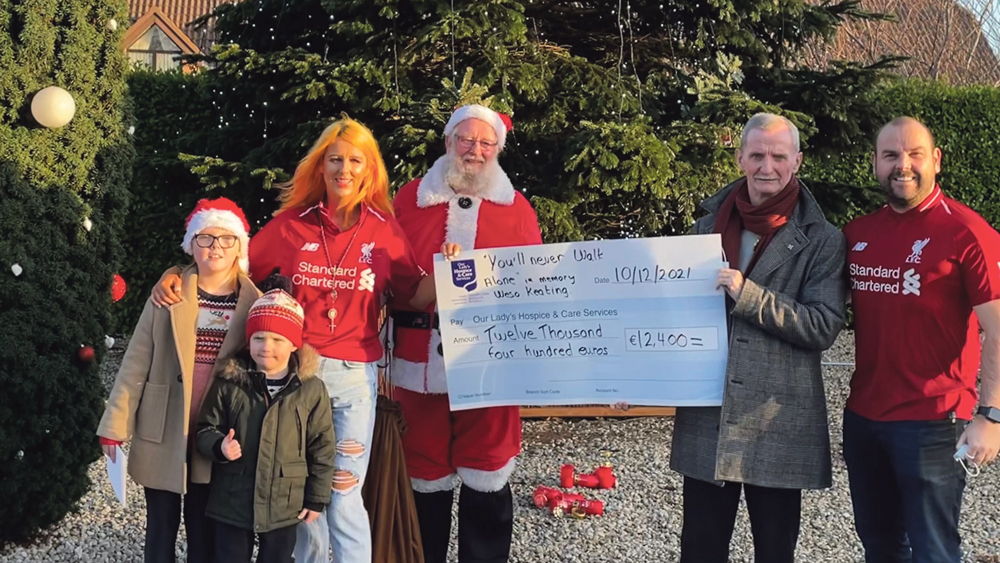 A FUNDRAISER established two years ago by a grieving sister has raised €33,000 for Our Lady’s Hospice.

Serena Keating started the initiative in 2019, in memory of her brother Wesley Keating (27), who passed away from a brain tumour in December 10, 2018, at the hospice.

Clondalkin resident Wesley had been living with a brain tumour from the age of 16, and underwent surgeries, but a benign tumour resurfaced after he married.

His death left behind a two-year-old daughter Poppy, and his heartbroken wife Ashlee.

“Wes lived every day to the full and was the most positive person you could meet,” said Serena, a Lucan resident.

“How he lived has inspired me and many others on how to live life. As part of the fundraiser, I ask people to take a sponsor card and join us in a 5km walk in the Phoenix Park while carrying a picture of someone who they loved and lost.

“This has brought huge comfort to people and turned a really sad and difficult time of the year into a happy event.

Serena said she was “overwhelmed by support” and thanked “all family, friends and local businesses”, for their help in ensuring the event was a resounding success.

“We raised an amazing amount €12,400 this year, and there are still funds being added,” said Serena.

“There was also €2,000 from a Santa’s grotto event. Weso is deeply missed everyday by all his family and friends. My mam Breda Keating is also missed, she will be nine years gone in March.”

NEWER POSTWillie Murphy was such a gifted and talented man
OLDER POST“Why not have a real pop at this?”