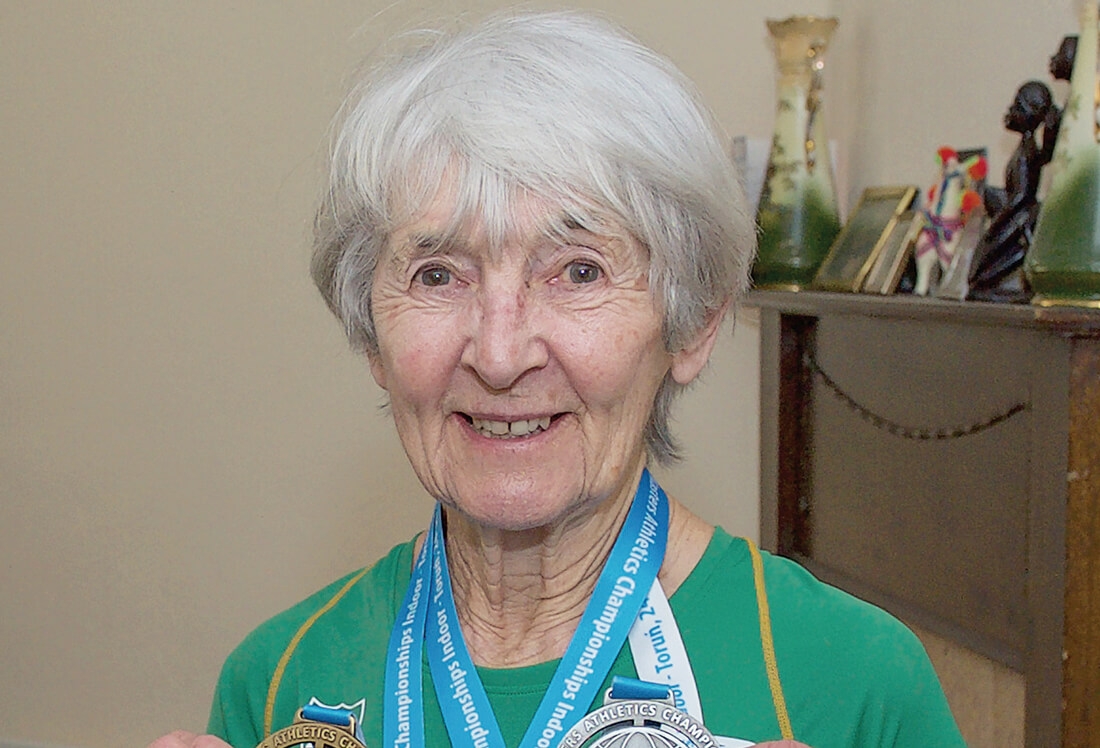 DONORE Harriers Athletic Club’s Ann Woodlock was back scaling great heights in international masters athletics after she won gold in the W80 3000m at the World Indoor Champion-ships in Toruń Poland.

She followed it six days later with a silver medal display in the 1500m, in what marked another amazing return for the Drimnagh woman who was born and raised in Inchicore.

It is the latest achievement in an impress-ive roll of honour that saw Woodlock also strike gold in the World Indoor W75 3000m in Daegu, South Korea, back in 2017.

Indeed she has competed for Ireland many times in indoor and outdoor track and cross country at European and World de-gree, winning titles at this level as a W75 competitor.

Delighted with her latest performance in Poland, she told The Echo “The Indoor Championships have always intrigued me because I always seem to do well in them.”

It was a great achievement for the Donore Harriers star who was out of competitive action for much of last year after fracturing her shoulder in a fall.

Yet she hopes to be following up on her double-medal win in the World Indoors with a possible trip to Venice for the European Outdoor Masters Championships in September.

Also competing in Toruń was clubmate Anne Gormley who scooped bronze as part of the W55 team in the women’s cross country race which was run alongside the indoor events.

Back home, Barbara Cleary was the first woman home in the Dunboyne AC 10k in 35.35 while the second over the line was Ide Nic Dhom-hnaill in a PB of 36.00.