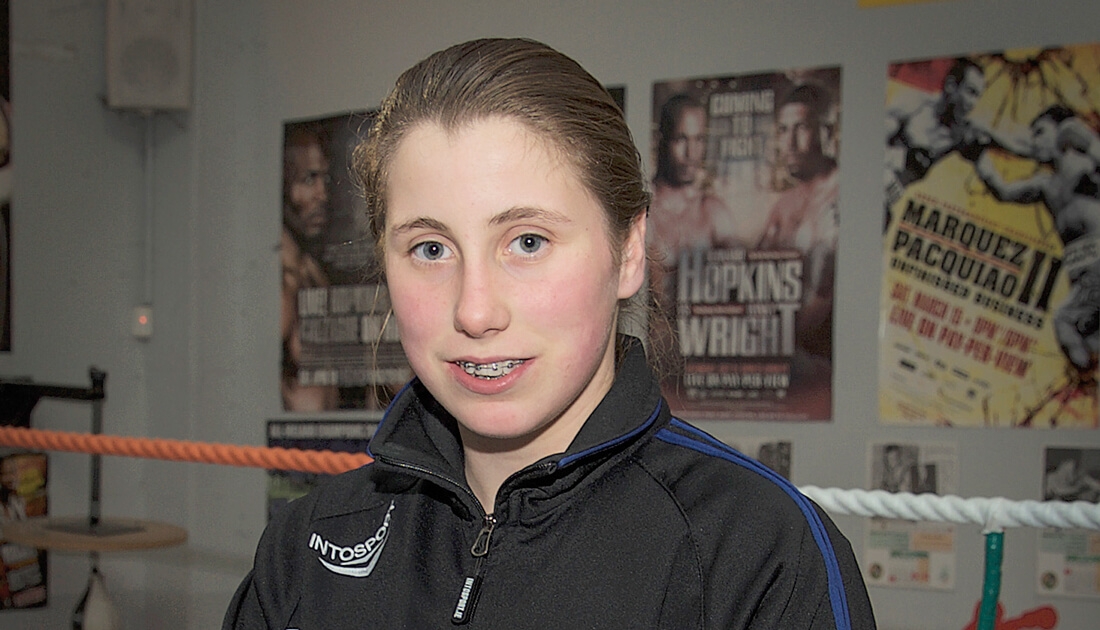 Winnie Christina McDonagh is returning to the European stage after beating Amy Carey of Geesala for the Girls Open Senior Cadet Light Welter-weight title at the National Stadium on Friday.

Neilstown BC Head Coach Ger Fleming was delighted with her performance saying “She boxed a girl from Geesala who was very tall, a good stand-up boxer with a long range, but Winnie got in there and won all three rounds.

“She has developed more into the weight this year and she’s very strong.

“She’s stepped up to the Senior Cadets and is giving away a year so she’s doing very well and she’s as hungry as ever.”

Friday’s victory followed up on McDonagh’s equally emphatic result against Molly Bennett of Swords in the semi finals the previous week.

She will be weighing in for the County Dublins in the Girl Four division this coming Saturday and will be pushing strongly for her fourth straight title after which she will turn her attention to the European Junior Championships in Romania.