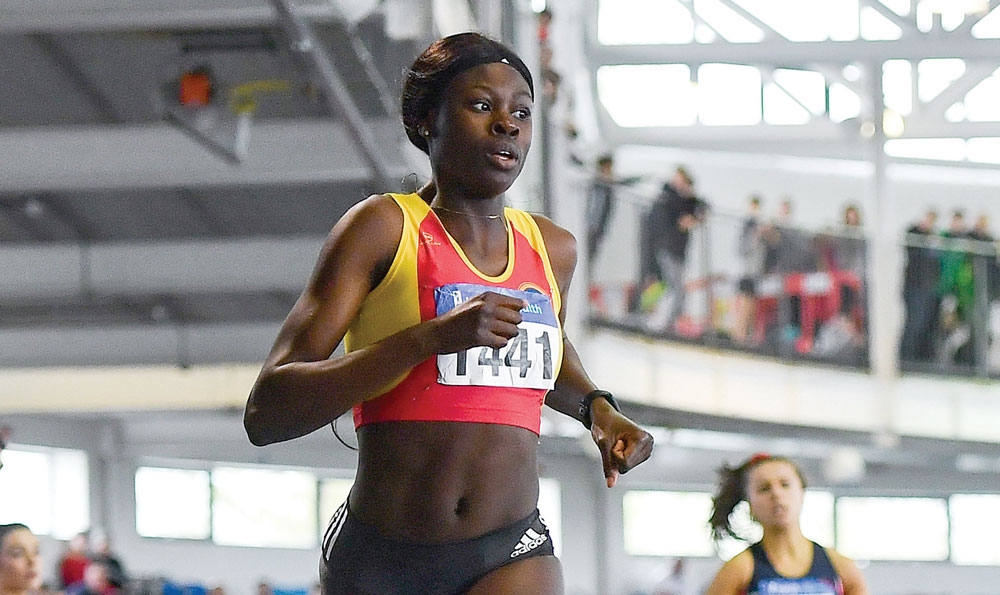 TALLAGHT Athletic Club’s Rhasidat Adeleke was in fantastic form at the National Juvenile Indoor Championships in Athlone last weekend where she won both the Under 18 60m and 200m.

On Saturday she contested the 60m heats, qualifiing for the final in first place with a time of 7.54 and, later the same afternoon, she blasted from the blocks to clock a time of 7.45 when crossing the finish line for the title.

Tallaght’s Rhasidat Adeleke took gold in the Under 18 60m and 200m.

The following day she lined up in Heat One of the 200m and again raced into a comfortable lead that allowed her to ease up on the final straight before finishing first with a time of 25.67.

In the final she was again swiftly out of the blocks and quickly put daylight between herself and the other runners before recording an impressive victory with a new Championship Best performance of 24.09.

Adeleke will now lead the Tallaght Under 18 team in their quest for the Under 18 4x200m National Relay title at the same venue next weekend while the Under 17 Boy’s Relay 4x200m squad will also be aiming to make the podium.

A number of other Tallaght athletes competed last weekend with Aisling McGuinness qualifying for the Under 18 400m final after she finished second in her heat with a time of 1.02.27 before later recording a faster time of 1.01.32 when finishing fifth in the final.

Moses Ikpefua contested the Under 17 200m, but his time of 24.33, which he recorded when finishing third in Heat Four, was not enough to qualify for the final.