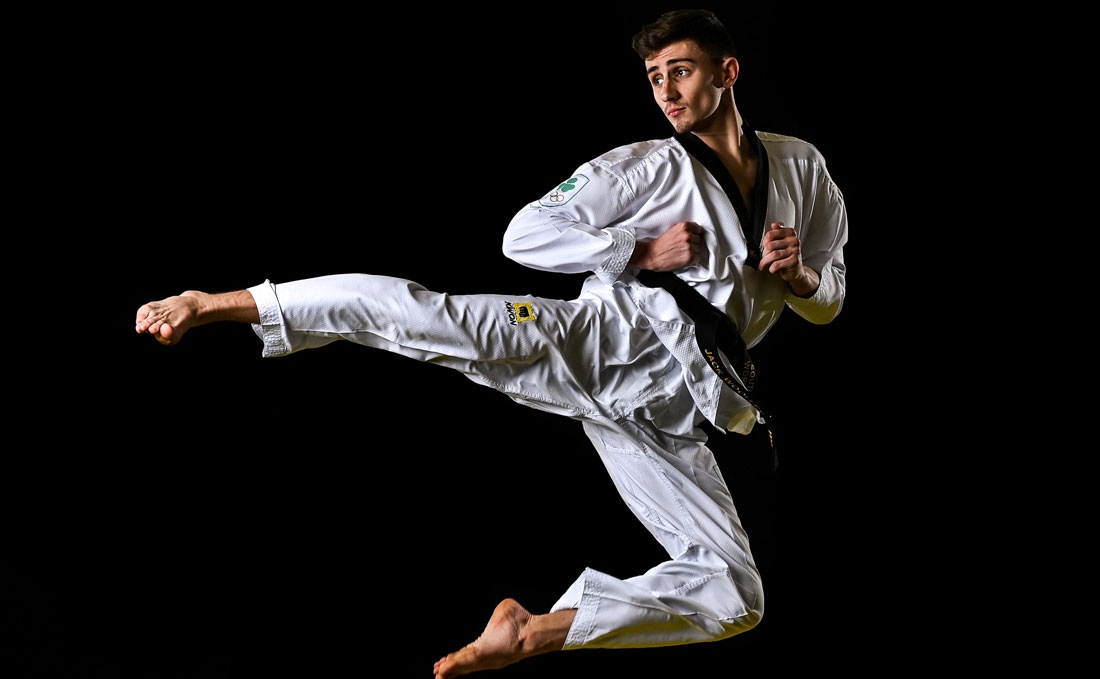 JACK WOOLLEY was today unveiled as the second athlete to be officially rubber- stamped by the Olympic Federation of Ireland for the Ireland team heading to Tokyo.

While he had already secured Ireland's first ever berth in the sport of Taekwondo for the Summer Games back in 2019, the Tallaght man follows canoeist Liam Jegou in being given the official nod by the OFI.

Despite the huge challenges presented by the Covid crises, Woolley has hardly taken a backwards step in his preparation for Tokyo and feels he is even more prepared for the Games now.

“I definitely feel I’m in a better position now than what I would have been last year” he said.

“I used last year to get better and stronger and this year I can continue that, but I can also see who else will have qualified and who I could possibly get, so I can just be that bit more tactical” he added.

South Dublin Taekwondo Head Coach Robert Taaffe is also encourage by the form of his protégé and believes Woolley will be buoyed by the support he is receiving at home.

“The whole club is buzzing now” he said.

“They all feel they’re part of this journey and this dream for Jack.

“And it is a real team effort. The whole club is very inter-dependent and everybody’s just so excited.

“Training has been going great for Jack. We’re looking forward to the European Championships in Bulgaria in three week’s time and then we’ll be hoping to go to a few more tournaments in the lead-up to the Olympics.

“We’ll be looking at going to the likes of Spain and then hopefully a Pan- American tournament”, he said.