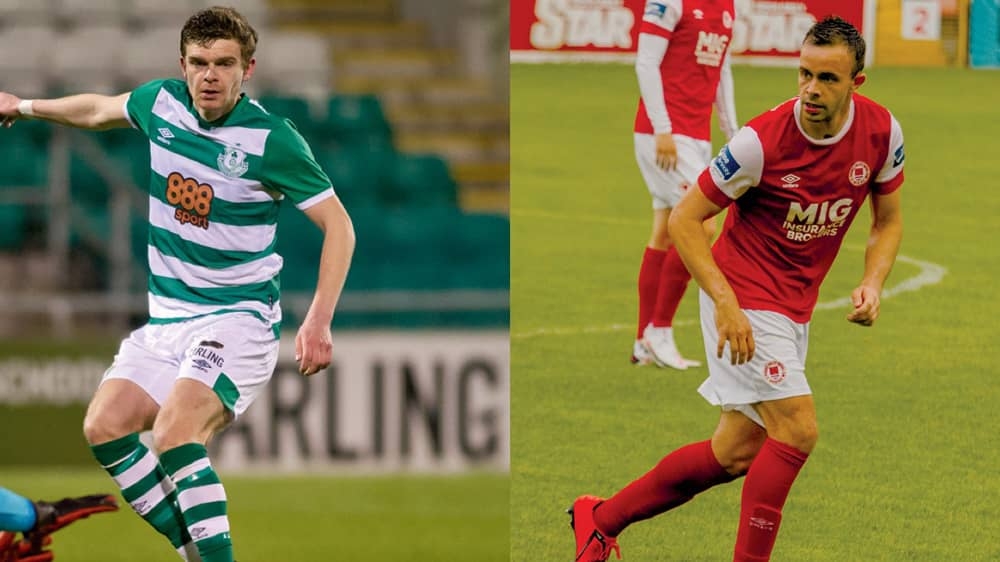 ROBBIE Benson has said more consistency will be required if St Patrick’s Athletic are to have any designs on challenging for the top prize in this year’s SSE Airtricity League Premier Division.

The Saints begin their new top-flight campaign with a tantalising Dublin derby against defending champions Shamrock Rovers at Tallaght Stadium tomorrow evening (kick-off 7.45pm) and, while there has been renewed optimism around the Inchicore club in the off-season, this opener against the Hoops will be a significant litmus test.

“It’s a big game for us against Rovers to start off the season” Benson insisted.

“It’s not make-or-break, but at the same time you want a good bit of belief going forward.

“I think the players in the squad believe in each other. Number one, that we can go and get the result and we believe that the management can set us up in order to get results.

“In order to be in the conversation towards the latter stages of the season, we need to show more consistency than we have. To be up with the likes of Rovers, Dundalk or even Bohs last year, we need to just concentrate week-to-week on winning matches.

“Hopefully halfway through the season we’ll be there or thereabouts and pushing on into the latter half of the season with real belief that we can go on and put a good challenge together.”

Despite their erratic league form in 2020 – five wins, six draws and seven defeats from 18 games – Pat’s were the only side that Rovers couldn’t get the better of over the course of their unbeaten march to the Premier Division title.

A brace of scoreless draws showed what the Saints are capable of and Benson is hopeful they can go a step further this time around.

“The second game in Tallaght, that was the game we felt that we left behind us. From the outside looking in, people might think a draw away to Rovers was a good result.

“Just the way the game was going, it was a game that we felt that we could have won. Going forward for us this year, games like that, we should be disappointed coming in and not picking up the three points.

“The management here set us up in a way every week to maximise our chances and it’s up to the players then to carry it out. Then hopefully we can get the rub of the green, but have our quality shine through as well.”

For their part, Rovers come into this game on the back of a penalty shootout defeat to Dundalk in the FAI President’s Cup in Tallaght last Friday.

This was an ideal test for the Hoops and with new signings such as Danny Mandroiu and Chris McCann seeing minutes on the pitch, team manager Stephen Bradley is confident they will hit the ground running.

“It was a really good game the week before the season. Really competitive, high-tempo and overall I thought we were really, really good,” Bradley acknowledged to RTÉ Sport after the game.

“I think they had one or two spells in the first half, but for the majority of the game we were in full control.

“It’s very hard to tell until you go into a game like that where exactly you are, but I felt we were in a good place and I think that’s proven we are in a good place. We’re ready to go, which is the pleasing thing.”

The Hoops, this week announced that the club has signed a pre-contract agreement with Graham Burke that will activate once the striker’s existing contract with Preston ends in May 2021 and the agreement will see him remain with the Hoops for at least three more seasons.

Pat’s, themselves, will arrive in Tallaght tomorrow with a raft of new signings. Included amongst this group will be goalkeeper Vítězslav Jaroš (a loan signing from Liverpool), who Benson is excited to see in competitive action for the first time.

“He’s going to go on to have a great career. Just by the looks of him, he looks like a real top keeper. Hopefully we can help him in his development and his journey, and he can be good for St Pat’s in the time that he’s here. We’ll enjoy having him while he’s here,” the Athlone man said.

“So far the recruitment has been very good.  As well as that, the players that we managed to hang onto. I think overall the level in the squad is good.”