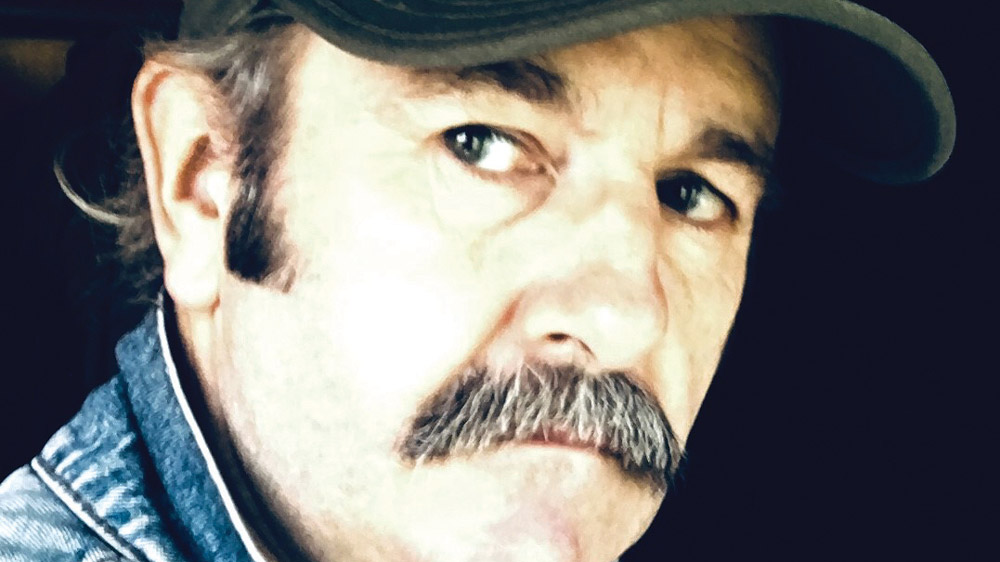 When Barry Currivan’s interest in poetry was sparked as a schoolboy, he was enthralled by the humorous turns taken by classical poets who had come before.

The Inchicore native has injected his poetry with a performance element, by regularly posting videos and performing live as a spoken word poet covering all manner of topics.

Barry, who has lived in the Monastery Estate in Clondalkin for the last 26 years, has performed his commanding prose delving into things like the natural world, empathy and 1916 – with his own comedic opines interspersed throughout.

The talented wordsmith told The Echo about how his passion for poetry began, why spoken word poetry is his preferred artistic medium, and why he likes to set a scene when recording poetry videos.

When did your interest in poetry begin?

That came in school when we studied the satire ‘The Rape of the Lock’ by Alexander Pope. It was hilarious and vicious in equal measure and sounded beautiful and elegant when read out loud.

Like every teenager, I was convinced that my generation had invented sarcasm. That poem showed me that we were only trotting after a lad who had died over 200 years before.

I was well impressed and had found my first role model.

Who is your favourite poet and why?

Overall, my favourite poet would have to be Henry Wadsworth Longfellow, a 19th century American poet. Longfellow was a great storyteller.

He wrote extraordinary poems for ordinary people and mostly referenced ordinary and familiar things in them. You did not need to have had a classical education to ‘get’ a Longfellow poem.

What is it about spoken word poetry in particular that appeals to you as a writer?

If you couldn’t sing or play, then you would tell a humorous story or ‘do a recitation’, i.e., a spoken word piece. I loved recitation.

You could hear better singers, players or comedians on the radio any day, but where else were you going to get recitation?

As a non-singer/player I knew that I would have to become a reciter. That’s what I did, and then I started writing my own pieces.

You’ve recorded videos for your poems in a variety of locations, such as while cycling along the Grand Canal and while at the seaside. Why is it important for you to effectively set a scene while reciting your poetry?

Once I got over the shock/disappointment of looking at myself on screen, I realised that, unless I got something interesting going on in the background, nothing I could write would get the viewer to overlook the eyesore in the foreground.

Bearing that in mind, I’d pick a location that was somehow complimentary to the piece I want to record.

Is there a poem you’ve written that you’re particularly proud of or that receives a strong reaction when you perform it live?

The one that I am most proud of is called ‘When Dessie Sang the Legion’.

Dessie was my dad and, when called upon, he had a masterpiece of a party piece in the form of the song ‘Goodbye’, made famous by the tenor Josef Locke.

My poem describes one of the many occasions when Dessie stole the show at a good old Irish Hooley.

I describe the reaction of the crowd, the band and the ill-concealed pride of my mother Maureen as ‘her fellah’ raised the roof one more time.

The last verse is: “And that’s just how I remember it/Correct me if you dare/Dessie had sung The Legion/And it was all downhill from there.”

Where can people go to find out more about your poetry?

I have a YouTube channel called Fugitive Ideation Publications with many videos of my poems. I have a Facebook page where I also post those videos plus any information on gigs that are coming up.

My regular performing haunts would be at the Circle Sessions in the International Bar in Dublin on Monday nights or Clondalkin’s own Dolcáin’s Cellar in the East Village on the last Thursday of every month.

I have also done the occasional feature at Colm Gavin’s fantastic Troubadour event on Friday Nights in Arás Chrónáin in Clondalkin.

NEWER POSTNoise Music at the Big Picture: Behind the scenes…
OLDER POSTCultural awareness firm will make impact on community