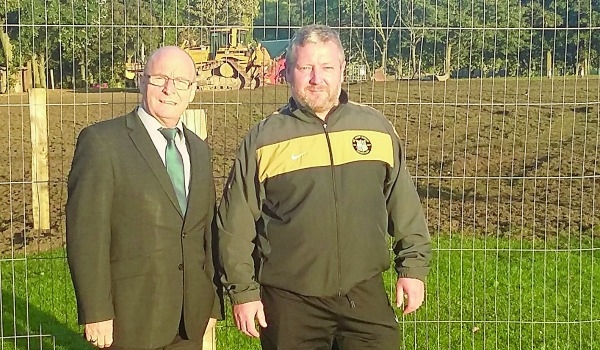 WORK has commenced on the new €700,000 all-weather soccer pitch in Brickfield Park, Drimnagh.

Cllr McHugh said: “It is a synthetic surfaced pitch with a life span of 10-15 years and an annual running cost of about 1 per cent of the original cost.

“The soccer clubs of Drimnagh have being campaigning for over 16 years for this facility, and at last they have something to celebrate. Work is expected to take approximately 10-12 weeks to complete.”

Dublin City Council have improved security at the park this year, placing boulders at entrances to prevent stolen cars from gaining access.

Cllr McHugh said: “I want to thank Dublin City Council and the sports capital grants for bringing this project to reality.