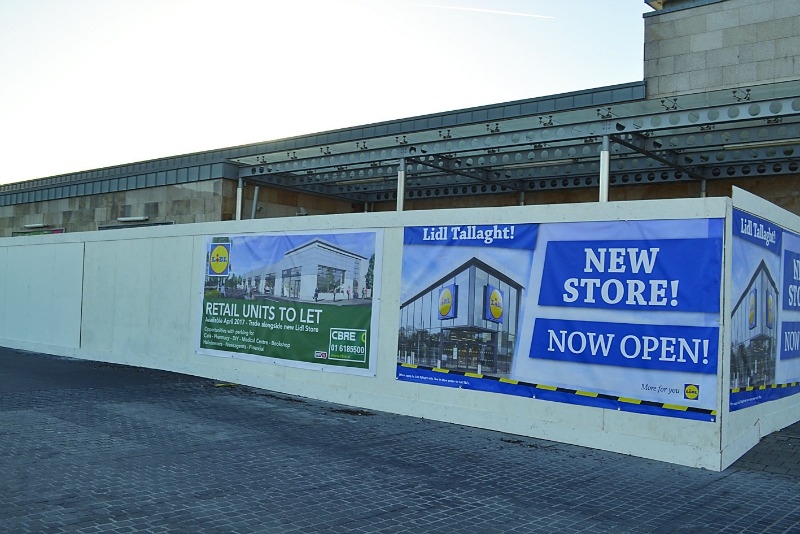 THE transformation of the original Lidl store in Tallaght Village is due to commence this January, with the building being reconfigured into a five-unit, retail space.

The German discount giant recently made some minor revisions to planning permission previously granted by South Dublin County Council for a café/restaurant and four retail/commercial units at the original Lidl store on Main Road, Tallaght.

The building recently became vacant after Lidl developed a new, 2,753sqm, concept store in the village, which, lying opposite the original store, opened to the public in December.

Revisions sought by Lidl Ireland, which were granted by the council last week, included minor amendments to the east elevation of the units alongside the removal of a previously permitted internal road.

A new revised carpark also has 146 car park spaces, rather than the previously permitted 140.

No changes have been proposed to the vehicular access point, the permitted pocket park or the gross floor area of the units.

This week, a spokesperson for Lidl Ireland, which also has its head office in Tallaght, said that work on the unit will start in January – with a completion date of mid-to-late April expected.

Agent CBRE is handling the marketing, with the new outlets available for fir in the third quarter of 2017.