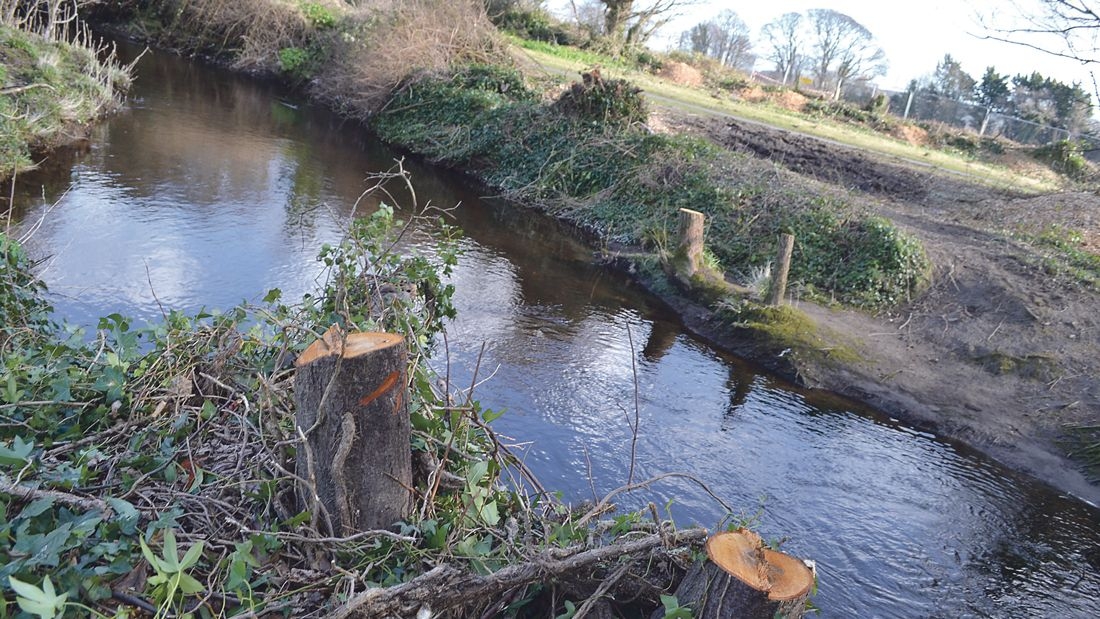 WORK has started on a new four metre-wide bridge at Bolbrook, which will span the Dodder as part of an ambitious greenway scheme set to enhance, connect and protect.

The Echo this week contacted South Dublin County Council after a number of trees and some vegetation was removed from an area close to the Bolbrook Enterprise Centre.

Work started on the new bridge at Bolbrook

Replying to The Echo, the council confirmed that this work is due to the construction of a bridge across the Dodder at Bolbrook, which is part of the Dodder Greenway Scheme.

The council added that a landscape plan at this location, incorporating native hedgerow, woodland plants and shrub planting, will be carried out as part of the development.

The Dodder Greenway Scheme will comprise of works along the banks of the Dodder at points in Kiltipper, Tallaght, Firhouse, Templeogue, Terenure and Rathfarnham.

According to the council, the scheme, which went to public consultation in 2017, will develop a greenway of “international renown” – one that is “on par with the best greenways in the world”.

Approximately 14km in length, the greenway will travel along the Dodder Valley from Orwell/Terenure, through to the outer suburbs of Tallaght and up into the rural and upland community to the entrance of the Bohernabreena reservoir at Glenasmole.

The detailed scheme includes a number of elements, including the widening and upgrading of existing paths, bridges, underpasses and junctions – and the construction of new paths and bridges.

Improved landscape treatment is also on the cards alongside ecological enhancements including species rich grassland management, the planting of native trees and the provision of bat boxes and bat friendly public lighting.

New entrances to the greenway will also be developed.

In a response to The Echo this week, the council said that the timeline for the construction of three bridges is 12 months, with handover due in February 2021.

The pedestrian bridges will be located over the River Dodder at the Tallaght Bypass and to the rear of the Bolbrook Enterprise Centre, which will link the eastern part of Tallaght the N81 to the Greenway.

The second bridge will stretch over the Dodder from Kilvere to Riverside cottages, linking Templeogue Village with the greenway park while the third bridge will span the Dodder to Bushy Park, to the rear of Rathfarnham Village.