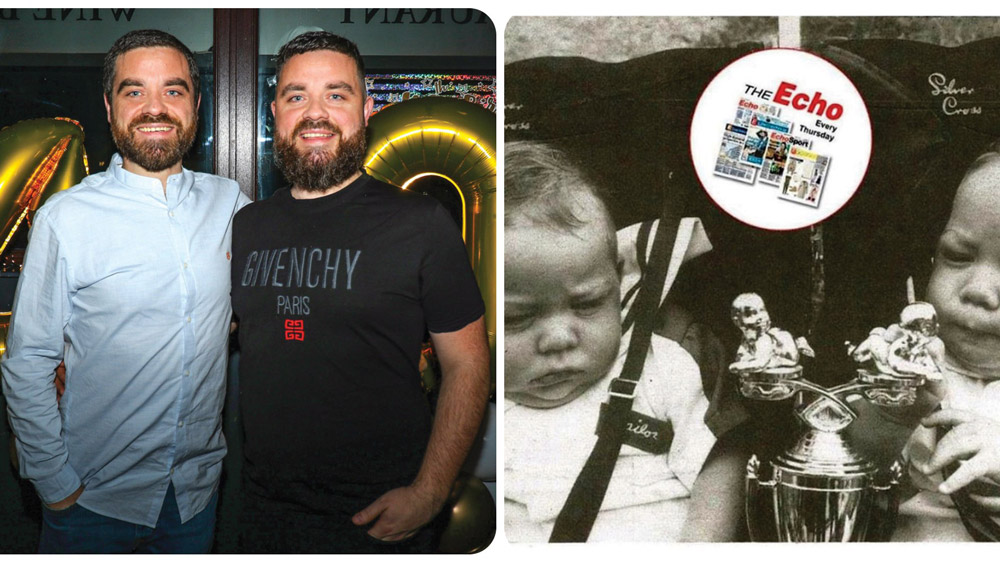 Would they still win Bonny Twins competition at 40?

TWIN brothers who first appeared in The Echo as winners of the Bonnie Twins Competition in January 1983 celebrated their 40th birthday over the weekend.

Noel and Patrick Mooney, from Old Bawn in Tallaght, were crowned winners of the Tymon Bawn Bonnie Twins competition 39 years ago and received a trophy for their achievement.

Over the weekend, the twins and their family and friends gathered in Peachtree East for their 40th birthday celebrations.

The black and white photo of the twins holding their trophy when they were babies was a feature of the occasion. 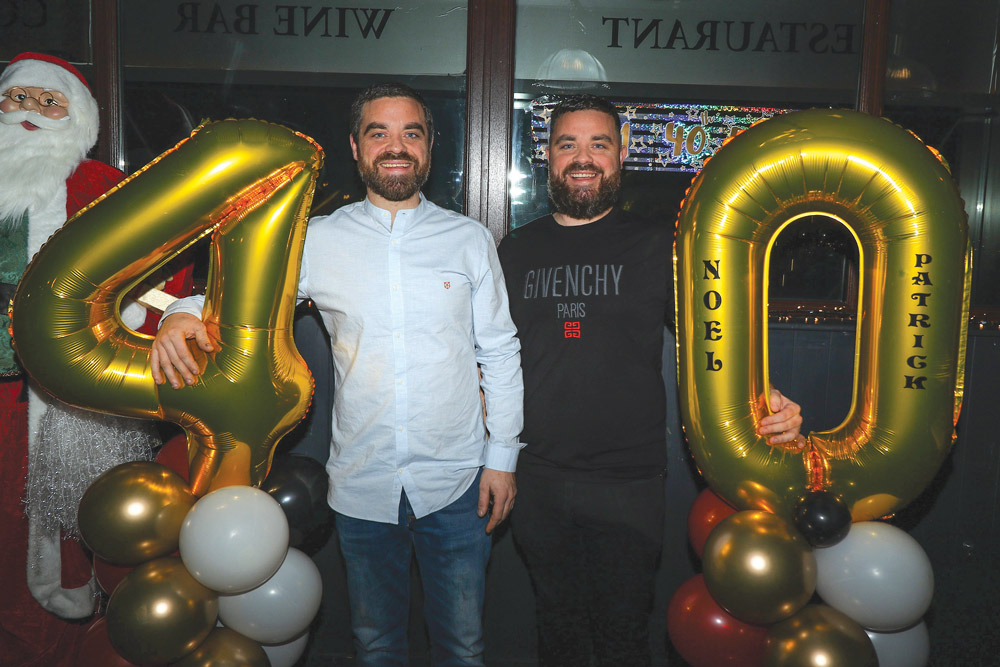 Noel and Paddy celebrated their 40th birthday on Saturday

Patrick Mooney told The Echo: “Every birthday that photo come out, my mam loves to pull it out, but I don’t mind. We must’ve been good-looking children to win it!

“My mam has a copy of it on the wall in her house.”

Patrick added that the photo also made an appearance at his and his brother’s 21st birthday, which was also covered in the pages of The Echo. 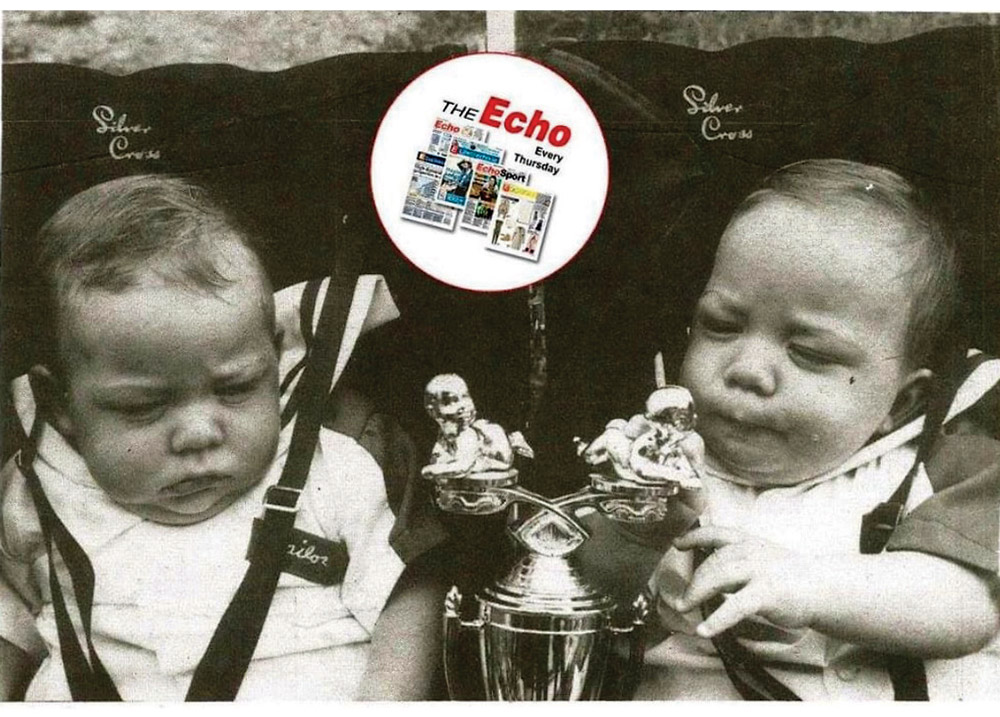 As for how the brothers’ 40th birthday celebrations went, Patrick said: “It was brilliant. All of our family and friends were there, and they had that photo of us hung up on the wall.