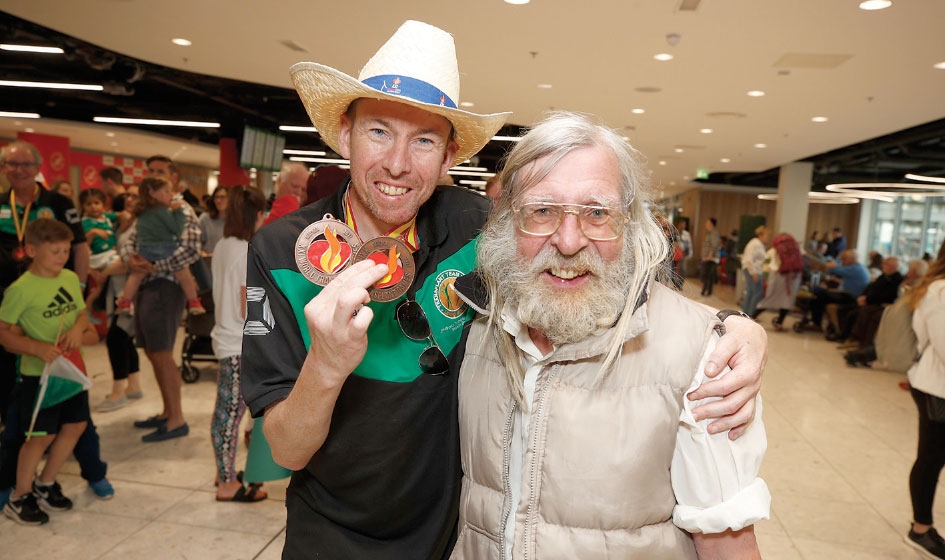 THE MIDDLE of the summer saw a new era begin in Clondalkin with the official opening of the fabulous new-look €4 million Round Tower Heritage Centre.

Another initiative that generated many a positive response on The Echo Facebook page was a motion by Independents4Change councillor Ruth Nolan – who proposed a pilot reward scheme for the return of plastic bottles.

South Dublin County Council announced its intention to sell 15 acres in Grange Castle Park to one of the world’s largest data centre providers for €6.7 million, with the sale paving the way for a €300m development.

The council also revealed it is reviewing ancillary uses at Weston Aerodrome, including potential economic opportunities, following news that the site will host concerts in the lead-up to Halloween.

As part of efforts to tackle the housing crisis, the Dublin Regional Homeless Executive lease the Abberley Court Hotel for an accommodation hub for up to 40 families.

Craig Dempsey (25), formerly of Tallaght, pleaded guilty at Dublin Circuit Criminal Court to robbing Apache Pizza in Old Bawn – a high-profile case that saw a chainsaw used in the 2015 robbery.

Over a number of weeks, vandals repeatedly attacked and broke windows at St Andrews Church in Lucan.

Builders were out to finish off work repairing the roof of De La Salle NS in Ballyfermot, after a copper theft forced the temporary closure of the school for three days in March.

Photographs of new Scientology recruits arriving in Dublin Airport prior to moving into a new training centre at the former Victory Centre in Firhouse, were removed on their Facebook page after media interest.

Thugs have been making life a misery for residents in Killinarden’s Mount Seskin Court Apartment complex – intimidating residents over a concerted period of time.

IT Tallaght said the decision to close their Fledglings crèche was not financial, but refused to explain why. The closure was a massive blow to at least 30 students, who relied on the service.

The Square Shopping Centre was brought to market in late July, and is expected to fetch in the region of €300 million. Nama appointed agents to sell the landmark Tallaght centre.

People Before Profit TD Gino Kenny was shocked to find receivers removing furniture from his constituency office on a Saturday morning. The Neilstown TD says he received two-days notice to vacate the rented premises.