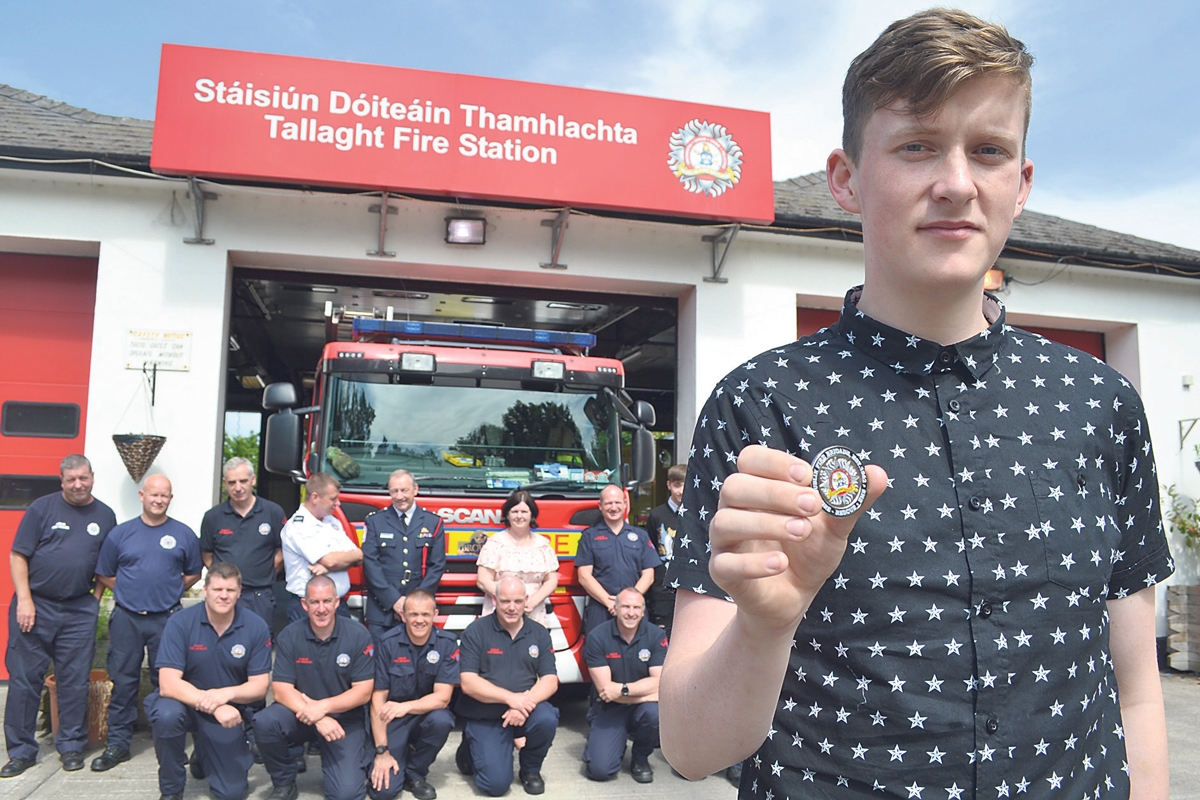 WAS the summer of 2018 the best in years? It certainly felt like that. Day after day of sunshine, not a drop of rain in sight. Amidst all the sunshine, there was the World Cup to enjoy.

This month we broke the news that Amazon had applied for planning permission to build a data centre at the former Jacob’s Biscuit factory site.

The online giant purchased the Belgard Road site of the former factory in 2014, which also housed the well-known Jacob’s Irish Biscuit Social Club, set up in 1980 for factory workers and their families.

Over in Clondalkin we reported that the Irish Prison Service has submitted a proposal to develop two parcels of land adjoining Wheatfield prison on the Cloverhill Road.

The submission was one of 98 received by Dublin City Council in relation to the Cherry Orchard Local Area Plan.

Lucan athlete James Casserley is a unique sportsman. He has completed a number of marathons and in June The Echo reported that he recently took possession of a handcycle.

His ultimate aim is to complete the Marathon riding the handcycle.

Earlier this year, Lucan Harriers got a shock when they found that the contractor building their new track had gone into liquidation and the building work was stalled.

Members of Lucan Harriers looking at their unfinished track

In June, members of Lucan Harriers staged a protest calling on SDCC to tarmac the track.

During the month a Tallaght teenager was presented with the Dublin Fire Brigade Good Samaritan medal for saving the life of a person who was attempting to commit suicide.

Luke Henderson (19) from Jobstown was taking a short cut through the playing fields in Jobstown when he noticed a young man attempting suicide by hanging.

He reacted instinctively and ran to the young person’s aid, taking the young man’s weight in his arms.

In July 2017, six-year-old Cian Marren died after being knocked down by a truck.

At the end of June, his GAA club, St Anne’s in Bohernabreena held a picnic in his memory.

In May, Patrick Murphy from Walkinstown was diagnosed with terminal cancer.

In June he wed Tracey Jacobs.

Tracey told The Echo: “None of us know what’s around the corner and the time to do things is now.”

Paul Egan, the father of Olympic medallist Kenneth Egan, had a cardiac arrest while he was in Boomer’s Bar in Clondalkin.

Within three minutes he was being treated by a Dublin Fire Brigade ambulance at the scene. Paul woke up three days later in Tallaght Hospital.

He and Kenneth went to Tallaght Fire Station to thank the paramedics for the work they carried out.

A 17-year-old youth was later charged with his murder.

Pick up The Echo, out December 27, for more coverage and pictures from 2018.