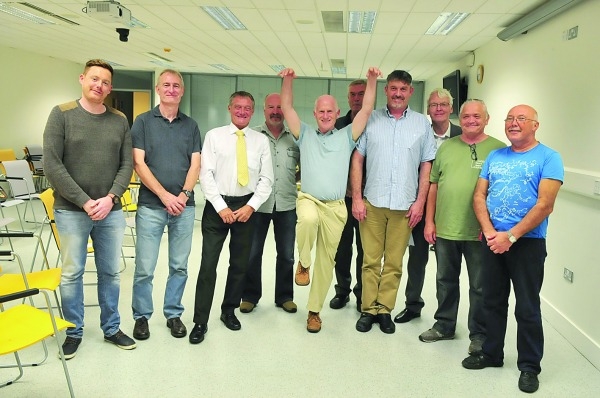 Yoga is proving a big hit with Tallaght men

MEN from across Tallaght and beyond have been given the opportunity to reap the health rewards from yoga, as Yoga 4 Men launched earlier this month in Rua Red.

Kevin told The Echo: “I started teaching yoga with the mens shed for two months, and here I still am a year-and-a-half later.

“It has always been my ambition to launch a yoga class for men, and now we have done that with the launch last Monday.

“We had our first class this week in Rua Red, with 12 men in attendance and another three set to join next week.

“It’s on a donation basis and inclusive. We’re in a lovely space called the green room and it’s safe yet challenging and I’m very pleased with how it’s all going.

“The aim is to now get an umbrella group together of yoga teachers to expand. There is no reason to not have male teachers teaching men around not only Dublin but the country.”

Yoga 4 Men was created with the help of men’s shed advocate Maire Redmond of Tallaght Centre for the Unemployed.

Maire told The Echo: “Kevin approached me almost three years ago when he saw my contact details in relation to the Mens Shed.

“Kevin offered his services to teach Men shed yoga for two months for free and to date still continues to do so.

“Kevin’s passion is to teach men yoga. This summer I approached Kevin and suggested we get this going and gather other male yoga teachers to come on board and empower men through yoga.

“It was decided Yoga 4 Men would be based on donation to socially include men from all walks of life. The donation will cover the running costs and make it available to other men.”