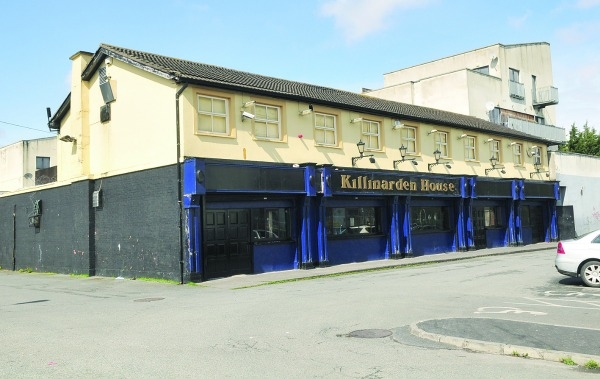 THE Killinarden House pub has been sold at auction for just under half a million euro, with a bidding war in the final hour of auction for the premises.

As the minutes began to tick away on the Allsop online auction, a bidding war began between two potential owners with 26 bids taking place in the final 50 minutes.

The premises includes a lounge bar and off-licence sales hatch with a former nightclub located on the first floor.

A kitchen is also included within the property which extends to 8, 153 sqft overall, and a cold store and delivery yard is located to the rear of the property.

The Four Roads pub on Sundrive Road in Crumlin failed to sell as part of the auction, with no bids placed on the property.

It had a reserve of €505,000 and was offered as a going concern as part of the auction.