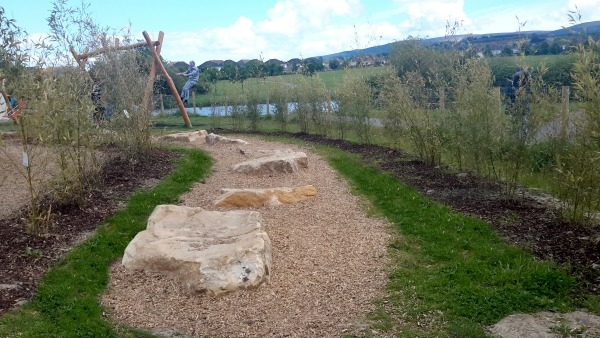 A REVIEW of the Ballycragh park playground’s age appropriateness is required to tackle ongoing loitering and anti-social behaviour in the area, according to a local councillor.

Fianna Fail Cllr Paul Foley presented a motion relating to the playground at Tuesday’s meeting of the Rathfarnham Templeogue-Terenure area committee, asking for the equipment located in the playground at the entrance to Park community centre be moved and new equipment for younger children to be installed.

Cllr Foley told The Echo: “Following the deputation meeting last year, we agreed to give the council a grace period but it hasn’t improved and that grace period has ended.

“It’s causing problems for the community centre, and the equipment in the playground isn’t age appropriate.

“I’ve had many people in contact with me about it. Individuals, residents associations. It consistently comes up, parents don’t feel safe bringing their children there.

“Let’s get the discussion going on this, but we need to get going on it also. It really needs to be done straight away.

“I understand that the council need something scientific and complete to do anything, but nobody wants the playground to stay as it is.”

The motion called for the review of the playground, which is “equipped for children over the age of seven” and “attracting groups of teenagers who loiter”.

It said: “Currently, there is no playground for the under sevens in the Firhouse/Ballycullen area. The location of the playground at the Community Centre and carpark is ideal for parents with younger children who are currently not able to use the amenity.

“Can the equipment being used now be moved elsewhere in Ballycragh park and new play equipment installed that is more suited to younger children.”

In its response to cllr Foley’s motion, the council said: “The Ballycragh playground is designed for children from two to12 with most features aimed at younger children up to eight years of age.

“Older children and teenagers gather at the play space because it provides a “hangout spot” in their community.

“They predominantly gather on the large basket swing. Previously many of these children would have congregated around the shop entrance and pub carpark.

“The people involved in the community consultation including the Community Centre management were offered a feature located outside the boundary of the play space for these children to meet up and play.

“This would have removed them from the play space and solved the problem. Unfortunately, this idea was rejected.

“We know that normal social behaviour for teenagers includes meeting in groups. Our experience is that these children would prefer to have their own facilities such as MUGA’s, skate parks or other social areas and not have to congregate in play areas.

“However, there is usually a strong reaction against anything that would attract teenagers into an area and this is a topic that requires some consideration and discussion.”