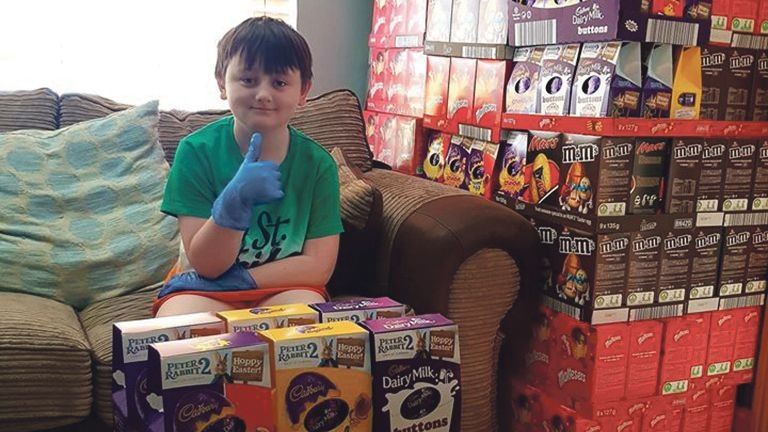 A YOUNG lad from Clondalkin is on his way to raising 1,500 Easter eggs for frontline workers and the homeless after his campaign took off on social media.

Daniel McGowan (9) from Greenfort and his mother Linda have been accepting donations for a target that was initially to collect 200 Easter eggs, but the target has been increased to 1,500 eggs due to the overwhelming response from the community.

Daniel McGowan with some of the Easter Eggs

“So many people have sent money through PayPal, it’s amazing,” said Linda.

“So much positivity considering what is happening at the moment. Daniel wants to spilt the eggs between the homeless, two hospitals, gardai, the fire brigade, a hospice and the Defence Forces.”

Daniel’s campaign has been shared far and wide, even making an appearance on RTE.

It is not the first time the youngster has engaged in charity work, leading a food drive for his communion last year.

NEWER POST“For Jack, he will be a year stronger”
OLDER POSTHumbling that Kian has the ‘little village’ in his corner