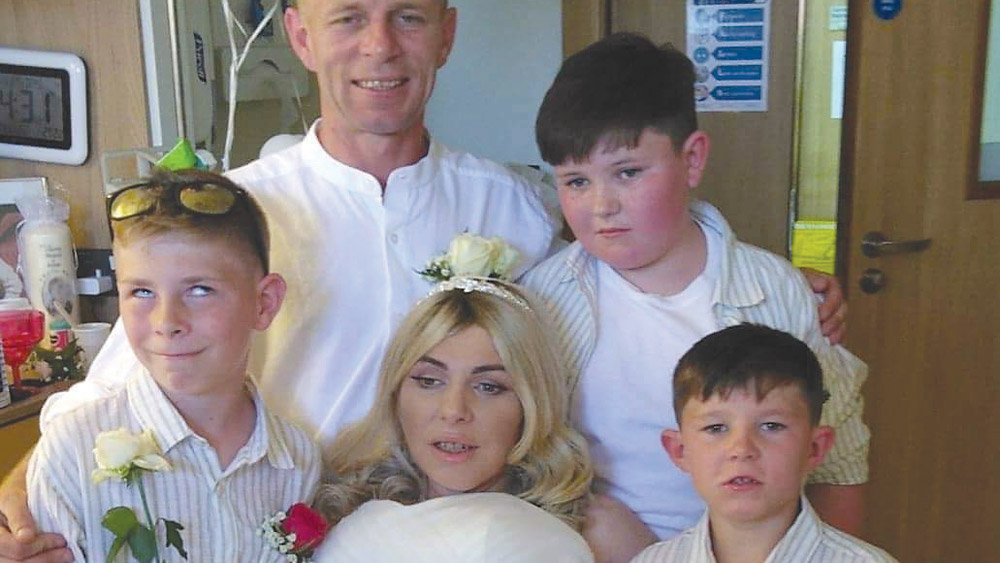 Lyndsey with her husband Daniel and boys Ryan, Riley and Carson

Young mother Lyndsey was ‘Mother Teresa in a tracksuit’

A YOUNG mother tragically died from cancer – just four days after marrying the love of her life in Harold’s Cross Hospice.

Lyndsey McKeown (35), from Ballyfermot, lost an 18-month battle with cervical and stomach cancer on August 15.

The young hairdresser tied the knot with partner Daniel in front of their three young boys Rian (12), Riley (10) and Carson (8) on August 11.

Mourners gathered in memory of Lyndsey at her funeral at The Assumption Church in Ballyfermot, as sister Ealish told how the bride got to be the “princess” she always wanted to be on her wedding day.

The Echo previously covered fundraisers by residents in the Colepark community where Lyndsey lived, who wanted to “raise some funds for the kids and family, and to try and make a few more memories”.

A GoFundMe page ‘Our Lovely Lyndsey’ was established by Sharon Ogden to support the family and has raised over €13,000 so far. 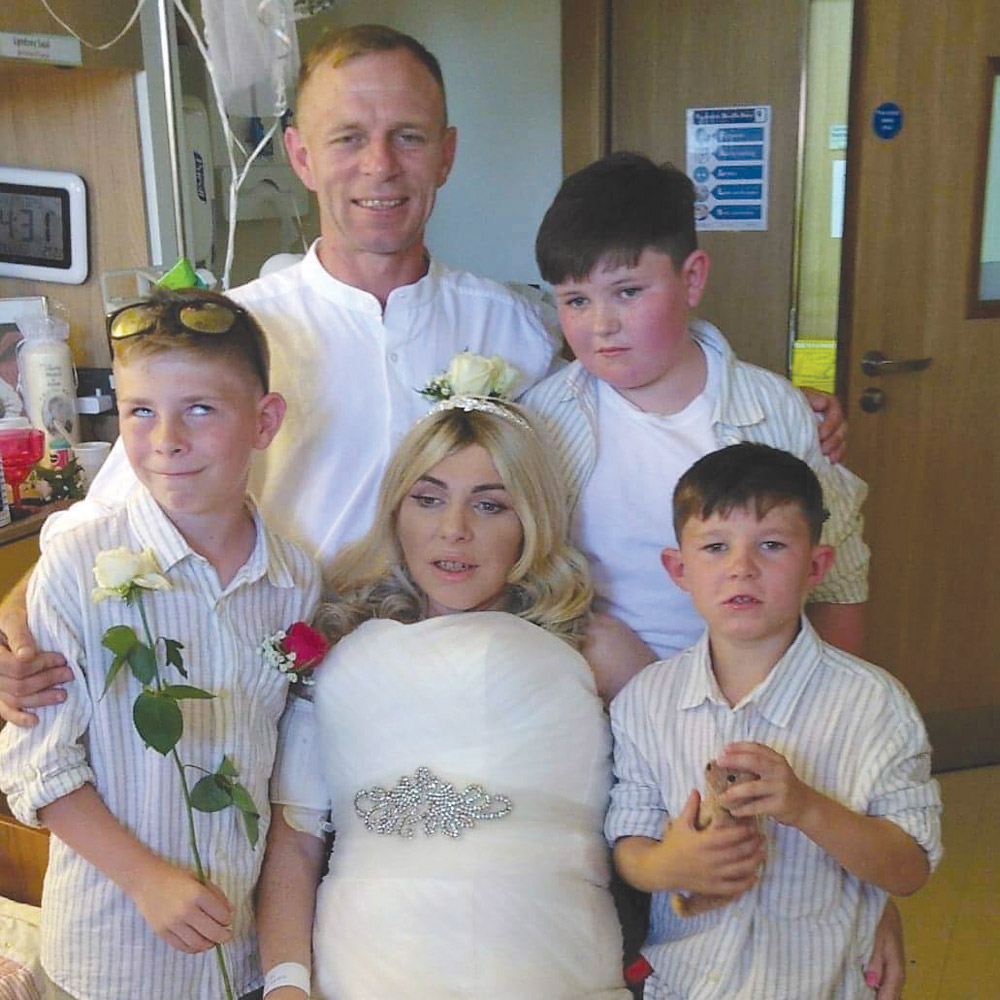 Lyndsey with her husband Daniel and boys Ryan, Riley and Carson

In an update to the GoFundMe page on August 18, Sharon said Lyndsey died “peacefully in her sleep” after putting up a fight in her 18-month battle with the illness.

Sharon said Lyndsey was “Mother Teresa in a tracksuit because she was so good to everyone.

“Two of the boys have additional needs so we are going to continue the GoFundMe to raise money towards the boys’ futures, and to help them through the loss of losing their Mammy so young. Lyndsey absolutely adored her boys so much and would be so grateful for the continuous help with them.”

The Echo understands Lyndsey got sick last year with cancer, then got the all-clear, but it came back aggressively in July, and led to her receiving treatment of double chemotherapy.

A family day ‘Ballyfermot is behind you Lyndsey Murray’ was held on August 6, and numerous other events were organised by family and friends, including walks and bingo/karaoke nights.

Donations can be made HERE.