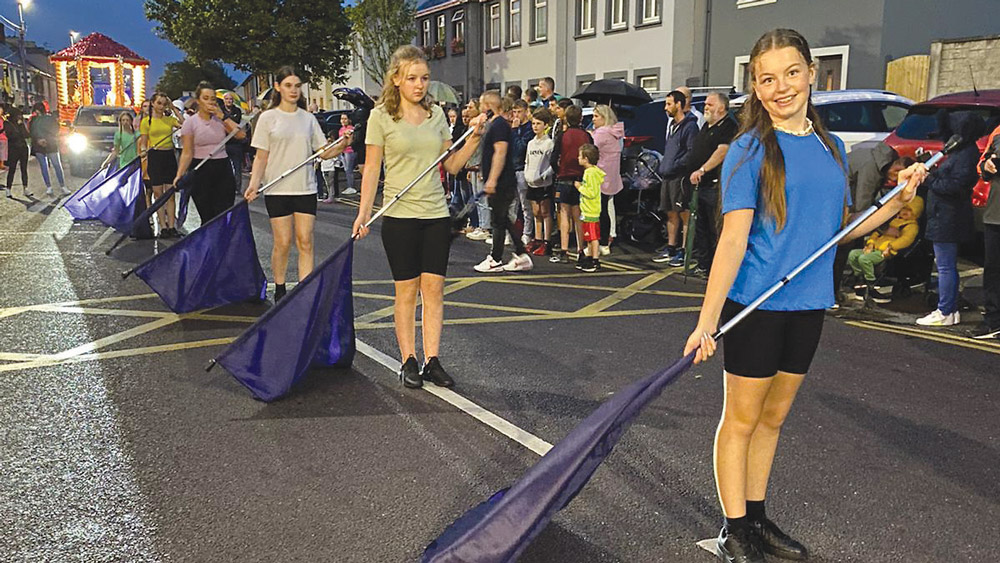 Proudly flying the flag for Tallaght

Marching bands rose to the occasion

THREE of our local marching bands brought the sound of music to the streets of Tralee when they performed at the Rose of Tralee International Festival last weekend.

Members of the Clondalkin Youth Band, the Tallaght Marching Band and the Crumlin Community Youth Band took part in the glittering celebrations in the Co Kerry town.

A total of 60 members of the Clondalkin Youth Band, from age ten and up, gave well-received performances at the festival’s parades last Saturday and Sunday.

Neal Christopher, the director of the Clondalkin Youth Band, told The Echo: “With Covid, the band hadn’t been away on an overnight trip for a good few years, so I was very conscious that we should get away.

“It was brilliant for the younger kids who’d never been away with the band before. It was fabulous for the kids, there were great friendships made over the weekend.”

He added: “There’s something special about the Rose of Tralee Festival. We purposely added in pieces of music that we could use to interact with the crowd – the atmosphere was electric.”

The Tallaght Marching Band’s nine-member dancing contingent, who are known as the guard of the marching band, gave a colourful performance at the festival, and also praised the atmosphere. 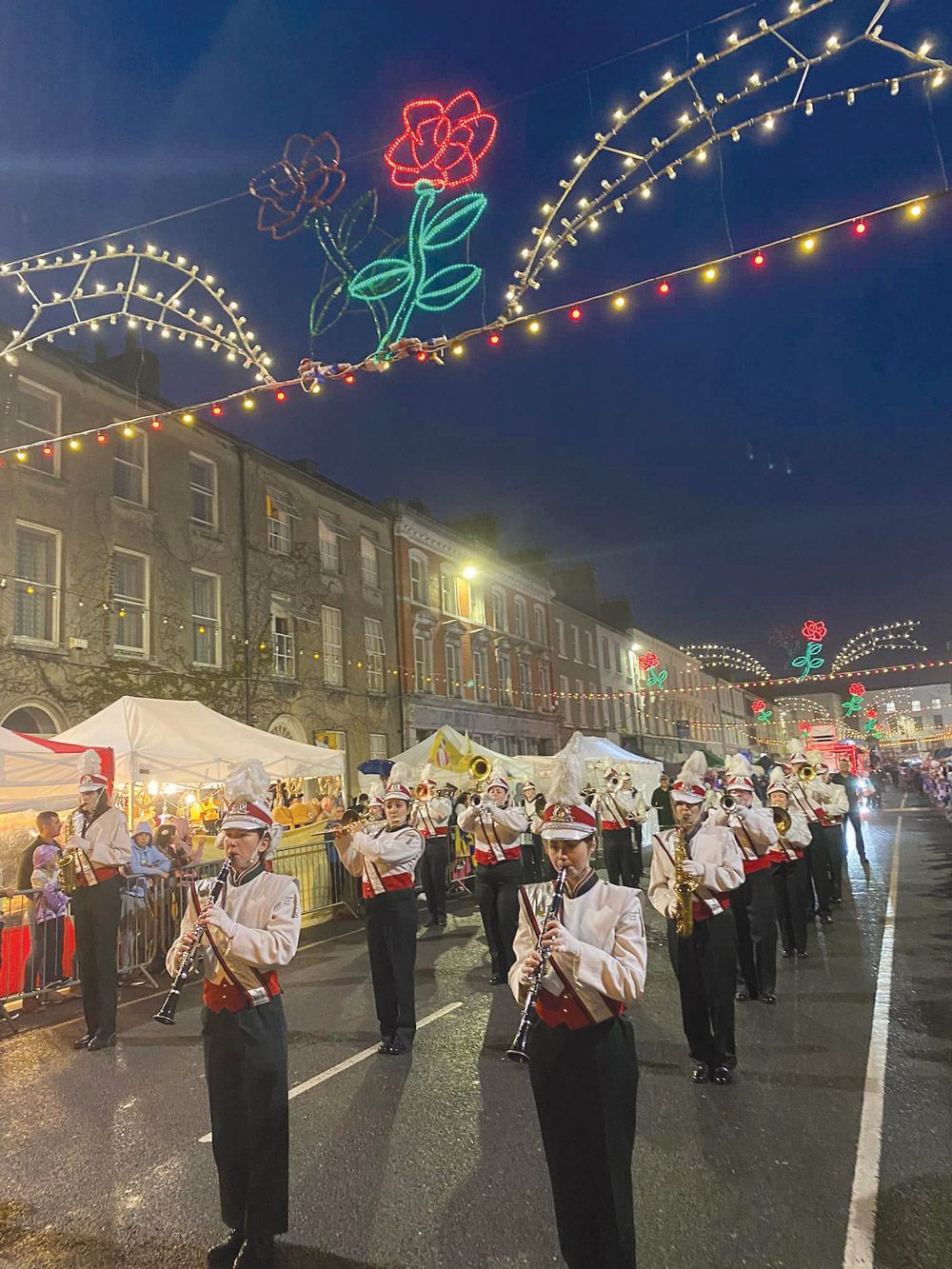 Celeine McGuinness, co-chair of the Tallaght Marching Band, told The Echo: “It was fantastic. One of the songs they danced to was called ‘Rockefeller Street’ and they did a dance routine using flags.

“I thought they handled the crowd really well because, for the majority of them, it was their first parade.”

The group’s performances over the weekend have re-energised the Tallaght Marching Band, with Celeine adding that plans are in place to build on the success of last weekend.

“Our committee is now re-emerging because this was the first real event we’ve had since Covid,” she explained.

“And it’s given the performers a great sense of pride that they got the crowd going, and they got to experience what it was like for them to get feedback from the crowd. It was an absolute buzz.”

The atmosphere in Tralee was electric for Crumlin Community Youth Band

The 25-strong members of the Crumlin Community Youth Band, from ages ten to 20, who performed at the festival also soaked up the electric atmosphere as they entertained people on the streets of Tralee.

Hugh O’Neill, chairman of the Crumlin Community Youth Band, said: “The atmosphere was electric, there was a buzz from start to finish.

“The street events are completely different to the Rose of Tralee competition itself, they’re basically parades where there are marching bands and the Roses go through the town on floats. 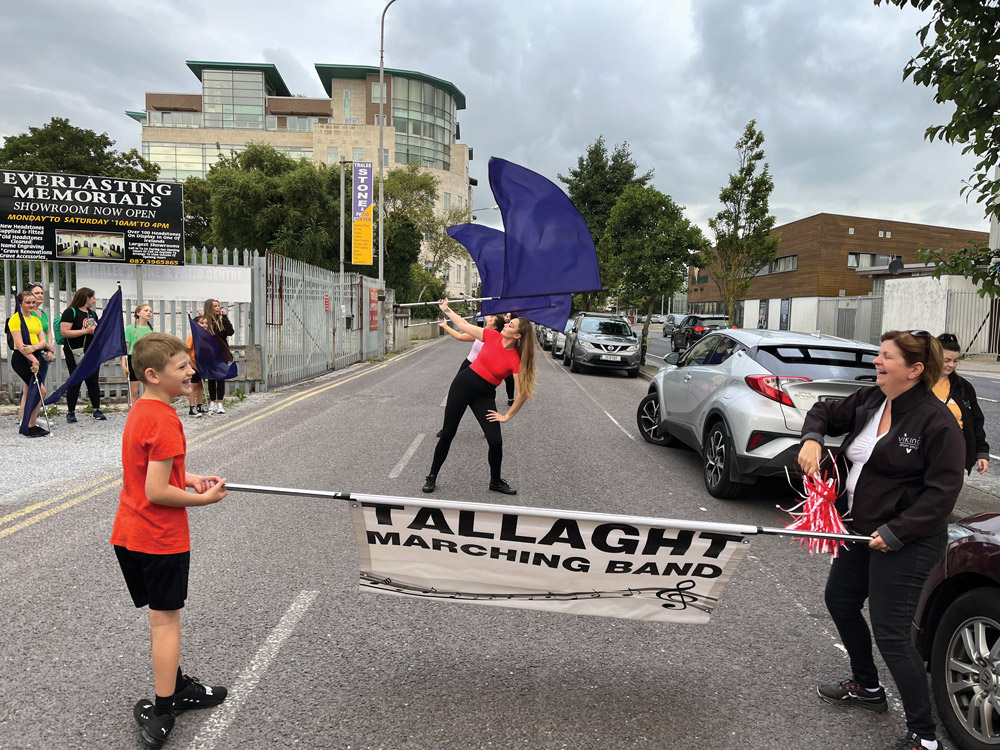 “The band members loved performing at it. The band is over 30 years on the road, and we’ve been doing the Rose of Tralee for almost 30 years now so it’s the highlight of the year for our members.”