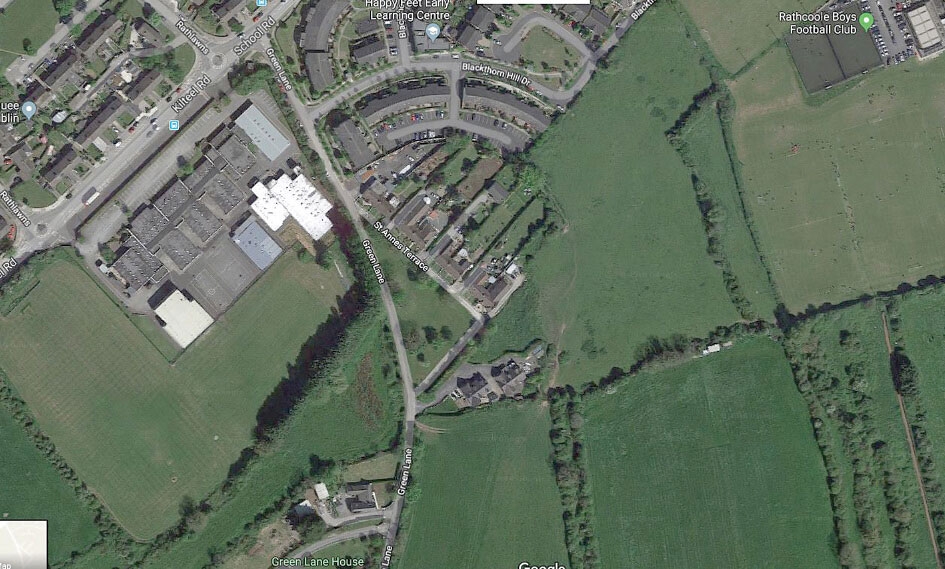 PERMISSION has been granted for the demolition of two existing dwellings on Green Lane in Rathcoole, to make way for the construction of a 22-unit housing development, despite attracting 13 third-party submissions.

It was proposed that the units would be two-storeys high, with a mix of terraced, semi-detached and detached units.

Provisions for public open space, landscaping to include boundary treatment underground services and utilities, and road, footpath and cycle infrastructures were included in the application.

Plans for 44 surface car parking spaces were included, to be housed in a combination of in-curtilage and grouped parking.

The Prendergasts’ also sought permission for the construction of a new footpath with new development entrance piers, and amendments to the existing roadway at St Anne’s Terrace.

Thirteen third-party objections from local residents were lodged in relation to the plans for the development, which cited a number of concerns.

These concerns included amendments to the existing layout of St Anne’s Terrace, potential issues with traffic, and sewage infrastructure and flooding.