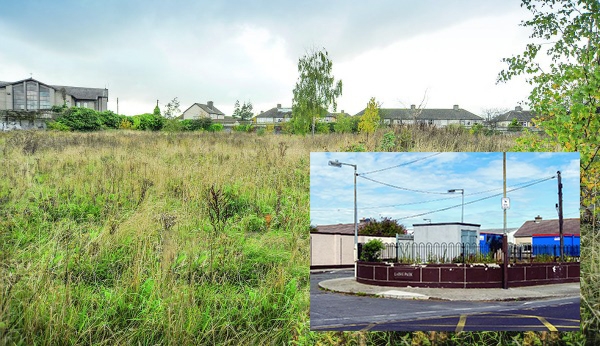 €18 million earmarked for projects in Ballyfermot

UP TO €18 million was allocated for housing projects in Ballyfermot at the Dublin City Council Budget meeting on Monday.

Another €8m was announced at the meeting for the redevelopment of Labre Park.

However, with families in Labre Park waiting over 12 years for refurbishment works to commence, the Ballyfermot Travellers Action Project (BTAP) have expressed “grave concerns” that government funding fails to be released.

Up to 20 families in Labre Park are waiting on permanent accommodation – some have access to temporary facilities and some have no access to water and electricity.

Lorraine McMahon, BTAP Coordinator said: “Labre Park is back on the agenda, but there is still no confirmation of funding. After Carrickmines, which was one of the worst tragedies in the country since Stardust, Dublin City Council have still not committed to funding.

“Basically, they have parked it for another year. There are families on the ground now and they are hearing ‘next year’ for 12 years.”

Plans in the current Traveller Accommodation Programme (2014-2018), include building 26 new accommodation units, refurbishment of 19 existing units, the provision of a community facility, playground and infrastructure.

Over 50 children under 12 are waiting on permanent accommodation.

Cluid Housing, who are working in collaboration with BTAP and DCC to redevelop Labre Park – met the local authority on September 3 to discuss the plans.

“We’ve had no formal response from the council,” said Lorraine.

“At national level, funding is not allocated [for TAPs]. It’s a failed process. Councillor Brid Smith passed a motion in the wake of Carrickmines, seeking emergency refurbishment at Traveller sites. Are the motions implemented?

“There doesn’t seem to be accountability. My concern is false expectations are raised when statements are released.”

Sinn Féin councillor Daithí Doolan, Chairman of the DCC housing committee, said pressure will be kept on authorities to ensure works go ahead after “too many false starts.”

Cllr Doolan said: “I have urged the council to start on Labre Park as soon as possible. This time we must ensure it is done to the highest standard possible and in full consultation with residents.”

With regard to the €18 million, Doolan said it was “positive”news for those on the housing list in Ballyfermot.

“We are in the midst of an unprecedented housing crisis – nowhere is that clearer than in Ballyfermot,” he said.

“The good news comes after a lot of hard work and campaiging. We will continue to work with others to ensure Ballyfermot gets an adequate supply of good quality housing.”