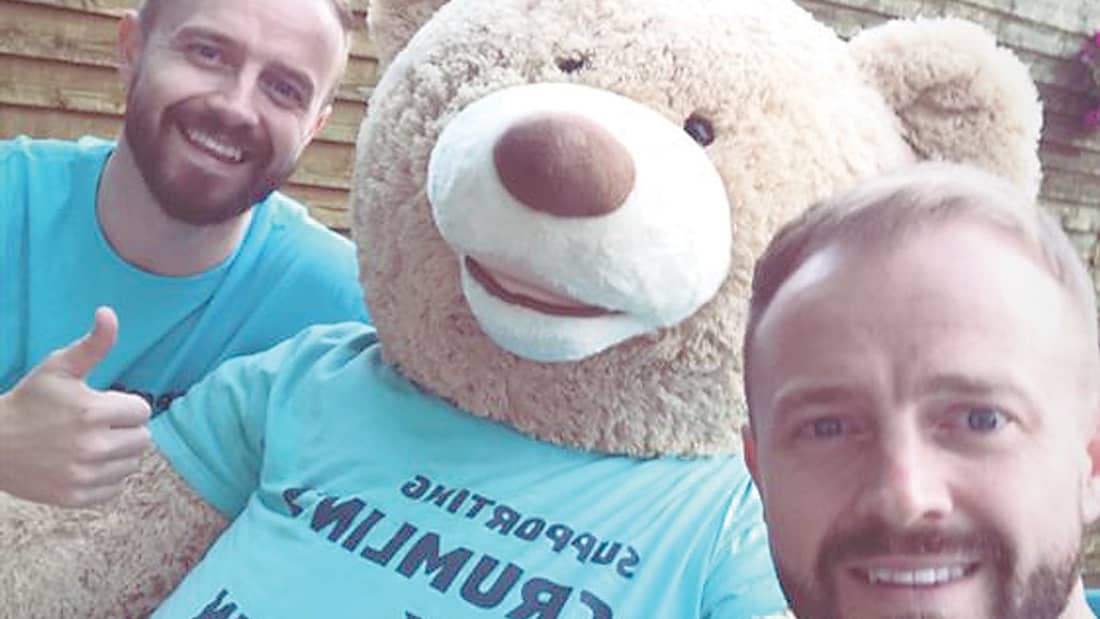 30 men will take on half marathon to raise €30k

A GROUP of over 30 men will take on a half-marathon challenge in Tallaght on Saturday, September 19, with the aim of raising €30k for the Children’s Medical and Research Foundation (CMRF) Crumlin, while a local barber will be donating the proceeds from haircuts in his shop this Sunday to the cause.

The ‘30 Strong for CMRF’ fundraiser is the brainchild of Kilnamanagh man Ian Nolan, who spent time in Our Lady’s Children’s Hospital in Crumlin during his childhood as he suffered from asthma.

Ian decided to start planning a fundraiser in early April during the lockdown when he took up running, as the gym he normally trains at, Back2Basics in Cookstown, had to close as a result of the pandemic.

He asked some of his friends from the gym, and his twin brother Karl, if they wanted to get involved, and it snowballed from there with over 30 people signing up, and they began diligently training to ensure that they can run the 13-mile distance in aid of the children’s charity.

“The gym closed down due to Covid, so everyone started taking up running to keep their exercise going,” Ian told The Echo.

“I got quite into it and I wanted to test myself and do something for CMRF.

“My sister, Sinead, works for CMRF so I’d heard about all of the things they do to help kids, and I was in and out of Crumlin children’s hospital with asthma as a child.

“I kept telling Sinead that I’d do something for the charity.

“It’s all come to fruition in the last five or six weeks, so there’s been a lot of effort involved.”

Natasha O’Hanlon from Back2Basics has been managing the social media pages for and supporting the fundraiser, while Craig Burgess from Mankind and Co Barbers at Belgard Square West will be donating all of the proceeds from haircuts at his shop this Sunday, September 13, to the cause.

“It would be a great honour for the lot of us to be able to say we’ve contributed to a charity that helps so many kids to smile and laugh when they’re going through difficult things,” added Ian.

“Running a half-marathon is the least we can do for them, and I’m really happy with the support we’ve had from people in Kilnamanagh and all over Tallaght.”

The half-marathon route will run through Kilnamanagh, into Tymon Park and through Tallaght Village, before the runners cross the finish line outside the Back2Basics gym.

Ian is encouraging people to donate at www.justgiving.com/fundraising/30strong, and he added: “We’ll do all the running so you don’t have to.”

To keep up to date with the 30 Strong for CMRF group, and to follow the adventures of their CMRF teddy bear mascot, follow 30strongforcmrf_ on Instagram.