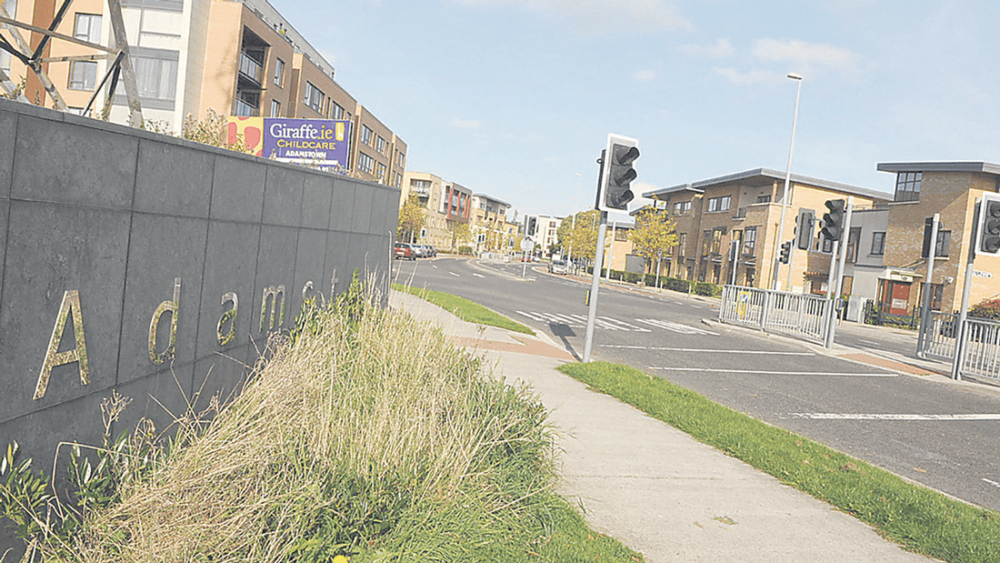 OVER 300 housing properties in Adamstown are managed by Approved Housing Bodies (AHB’s).

They manage 322 social housing properties between them in Adamstown.

Adamstown, in Lucan, is a young area, and growing, but the lack of clarity over who owns which of the many developments in the area, is causing major issues for residents, according to Cllr Liona O’Toole (Ind).

Cllr O’Toole, who asked the council for breakdown on AHB’s operating in the area, says there are many private owned developments, along with AHB’s, and frequent calls from residents over issues such as parking fines, has fed into the chaos.

“We have AHB’s and multiple private management companies. Getting a definitive list of who owns which development is a challenge,” said Cllr O’Toole.

“I’ve asked a developer for a list, but he said he can’t give it. The council can’t provide it either. If a resident comes to me with a problem, I have to tell them that if it is a private development, we can’t intervene.

“I think it would be good practice to have a contact lists or a dossier for developments. Somebody is approving these developments, therefore somebody is responsible.”

Cllr O’Toole asked the council if it is “viable” to have multiple housing bodies active in an area also covered by multiple private management companies.

“Opposition parties always call for the council to build housing but everything is procurement now.”

“AHB’s are in a way, developers for SDCC. SDCC can’t build houses anymore, but an AHB can go in and build a house. They are like an arm of the council,” said Cllr O’Toole.

“I know people who have been fined for wrong parking spots. You also have the issue of an AHB taking over 100 units, with only 30 parking spots. In other cases, not all tenants are receiving assistance from the AHB, but they are living in an AHB development.

In response to Cllr O’Toole, the council said AHB’s are responsible for day -to-day management of properties and tenancies.

SDCC said it is progressing a mechanism for engagement between local elected representatives and AHB’s operating in the county to “address any significant issues as necessary.”

NEWER POST‘We were hit with this bombshell – who has €68k?’
OLDER POSTDodder Greenway cycle route will cause ‘traffic chaos’, councillor