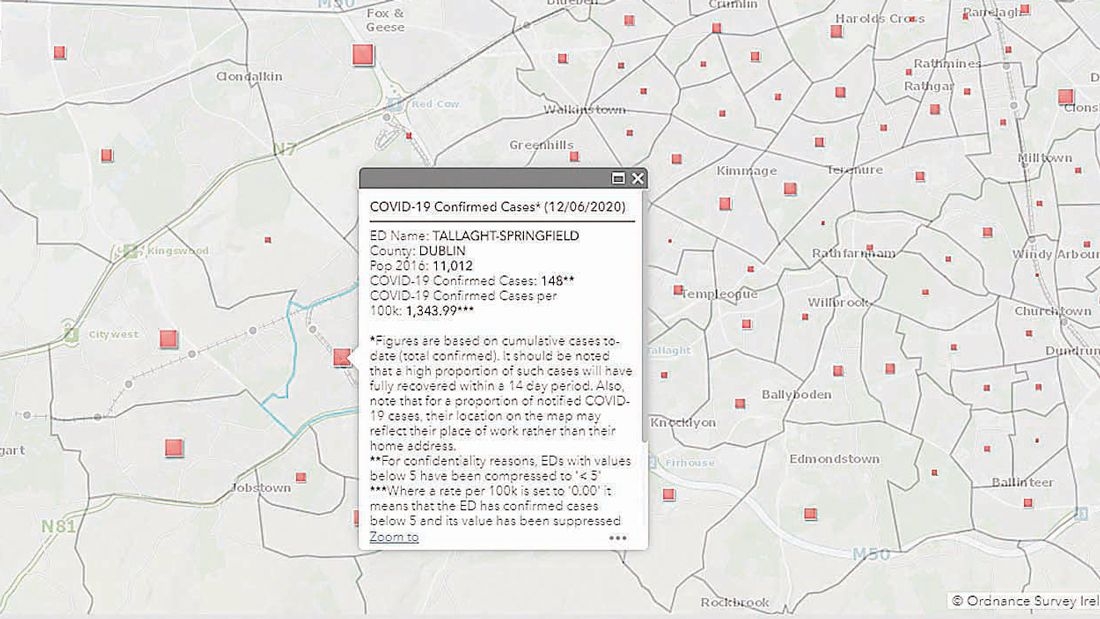 327 cases of Covid-19 in the Clondalkin-Monastery area

THE Clondalkin-Monastery electoral area has one of the highest confirmed cases of Covid-19 in South Dublin County.

According to the Irish government’s Covid-19 data hub platform on Monday, there has been 327 confirmed cases in Clondalkin-Monastery, which had a population of 11,316 in the 2016 Census.

Figures are based on cumulative cases to-date but a high proportion of cases will have fully recovered within a 14 day period.

The site notes a proportion of Covid-19 locations on the map, may reflect a place of work rather than a home address for some cases.

Information on the platform is based on official figures provided by the Health Protection Surveillance Centre (HPSC) and the HSE.

Data is updated on a daily basis at approximately 6pm.

Other areas with higher counts on Monday include Lucan-Esker with 257 confirmed cases, from a population of 32,236.

The median age of cases is 48, and over 65’s were most vulnerable in both confirmed cases and hospitalisation.

The data hub is a collaboration between Ordnance Survey Ireland, the All-Island Research Observatory, the Health Protection Surveillance Centre, the Health Service Executive, the Central Statistics Office and the Department of Health.

The site is built using the GeoHive platform with Esri Ireland as a technical partner.