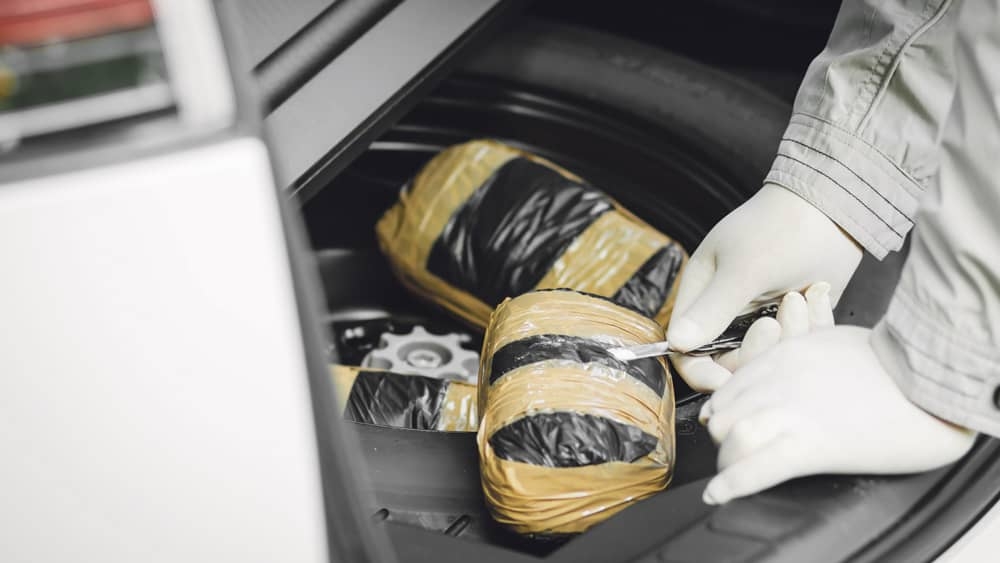 GARDAI  have became aware of an issue where criminals are using abandoned cars to store illegal contraband, including drugs and stolen tradesman tools.

Recently, gardai in Lucan and Ronanstown carried out searches of abandoned cars in the district, which has led to detections of €74k in drugs and €25k worth of stolen work tools.

The cars, purchased relatively cheaply, are often placed in an area so that they do not arise suspicion.

When the vehicles are rumbled by residents or start to attract attention, criminals move on to another location with a new abandoned car.

The seizures form part of Operation Tara in the Q District (Lucan and Ronanstown) who work with the Divisional Drug Unit and the National Drug and Crime Units.

Within the district, there has also been three searches of a premises, resulting in €10k, and four ‘stop and search’ cases resulting in over €2k recovered.

Speaking at the JPC Policing meeting, Lucan Superintendent Paul Dolan, said they have found a lot of abandoned cars during recent searches.

“The vehicles could be there for a while and some are possibly under watch. We work with South Dublin County Council to remove them. Had we known about it earlier, we would have acted earlier,” he said.

However, Dublin Mid-West TD Mark Ward says the issue is “nothing new” and that it has come up before from constituents.

“In the past, cars have been strategically left in certain areas, criminals go back to them later. The parking in roads is not noticeable. As long as it is not impeding or blocking anything,” said Deputy Ward (SF).

“If it comes to the attention of residents, by that time it has served its purpose. If a car has no motor tax and is abandoned, gardai and the council can remove it. The onus is on the public to notify gardai and the local authority.”