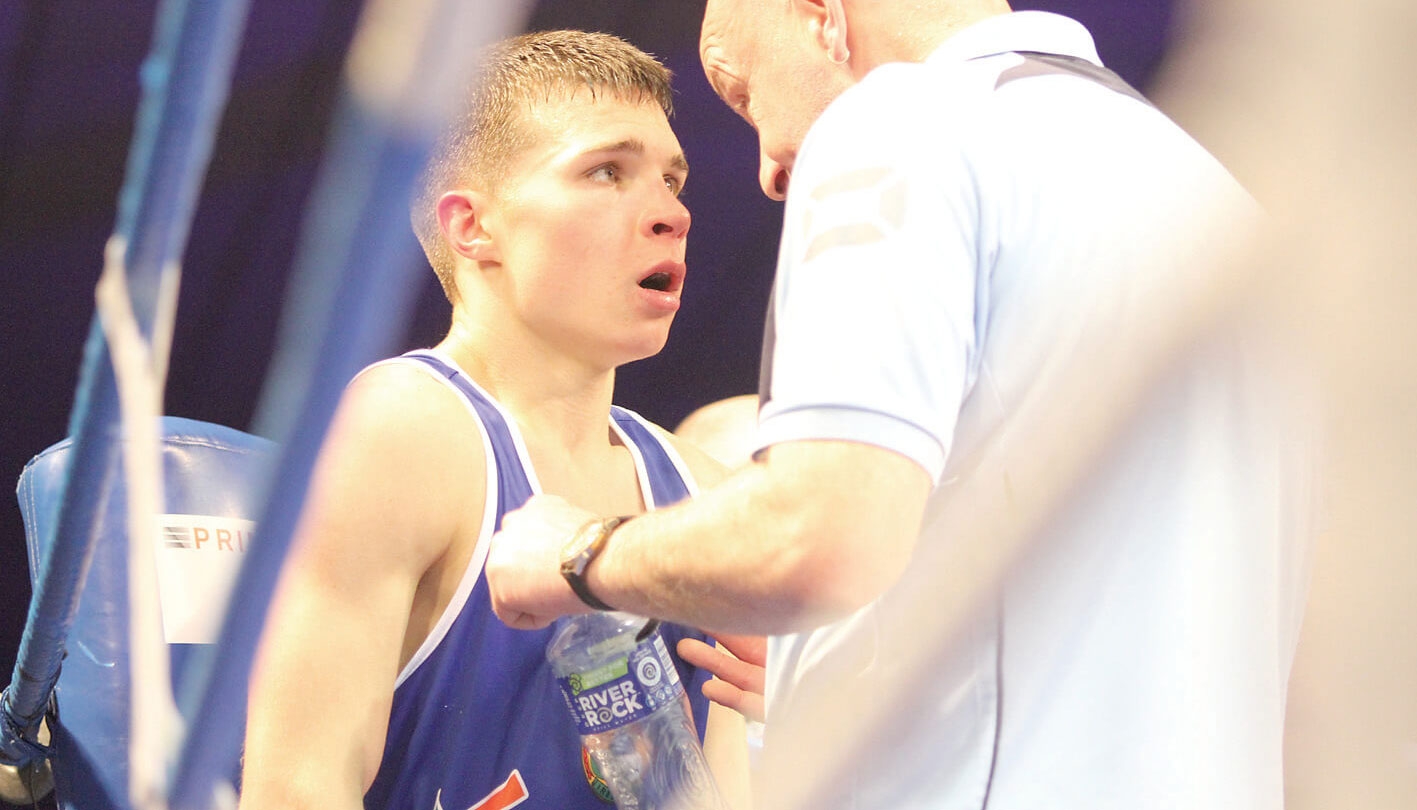 DRIMAGH Boxing Club’s Patryk Adamus came through a slow start in his National Elite 57kg decider against Christian Cekiso of Portlaoise to eventually take a 3-2 split decision in the National Stadium on Saturday night.

The National Under 22 and Senior champion found himself playing catch-up after the opening round, but produced a great second and third to land the Elite crown at his first attempt.

Drimnagh Boxing Club's Patryk Adamus takes on some advice from his corner during his National Elite 57kg title fight in the National Stadium last Saturday.

“I thought he lost the first two minutes of the first round but won the last minute of that round, but lost it overall.

“He even lost the first minute of the second round and I thought ‘we’re in trouble here’.

“But after that he got on top. Patryk’s fitness is phenomenal. You’d be hard pressed to find a fitter boxer in the championships.

“He took the second round 3-2 and dominated the third. All five judges gave him the last round.

“He really had to dig it out, but, had he lost it, we would have felt hard done by. Patryk showed great resilience, but that’s the way he is, he’ll keep going right to the final bell.

“But good exciting finals are what people want to see. The top two boxers in the country should be close to each other. It was great for Patryk and it was a great team effort by all the coaches in Drimnagh” he added.

For Drimnagh Boxing Club, Saturday’s success was all the more special given that one of the club’s former greats Paul Griffin had previously held that very title.

With this Elite honour now in the bag, Drimnagh BC will now be turning their attention to next month’s National Cadet Championships into which they hope to enter six members, including the likes of up and coming stars Taylor Guiney and Martin Collins.