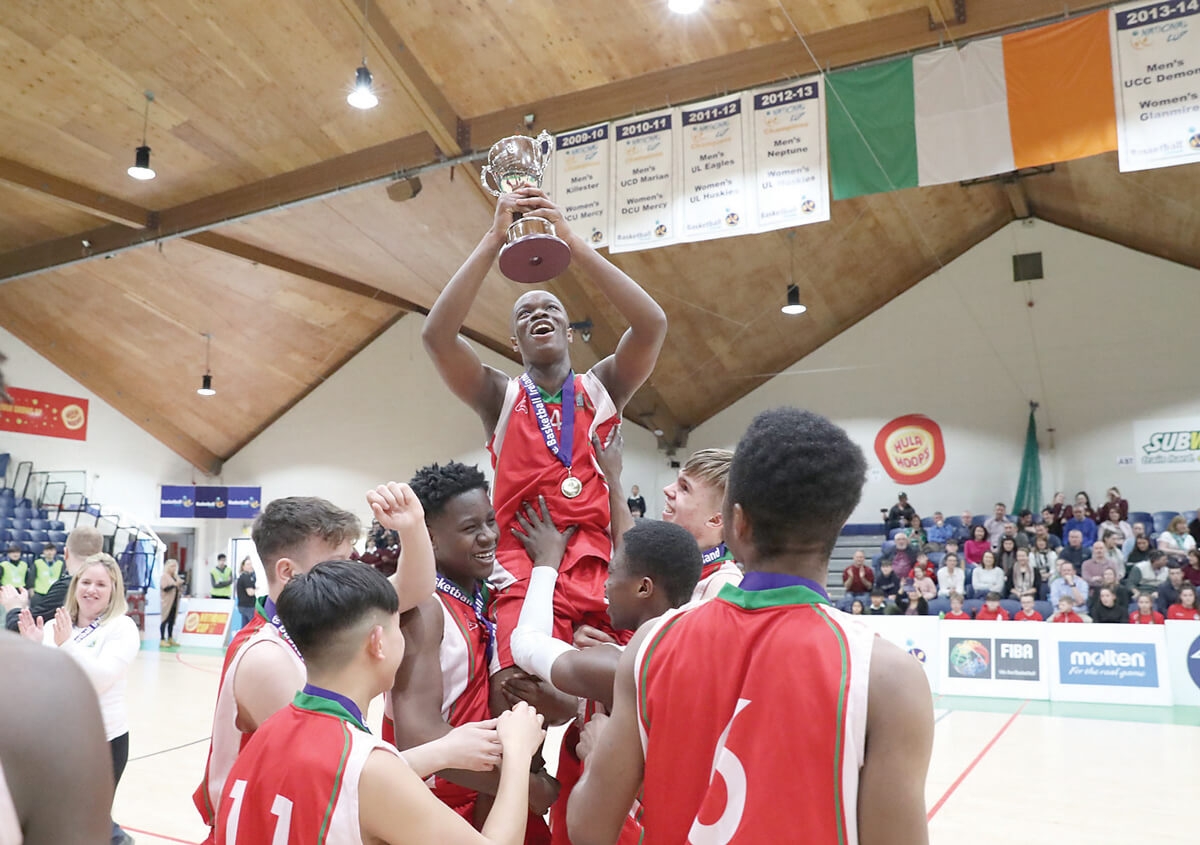 A CLINICAL display by Adamstown Community College in the U16B Boys All-Ireland Schools League decider saw them crowned champions following a 57-46 point win over Coláiste Bhaile Chláir of Galway in the National Basketball Arena on Tuesday.

Led by a superb MVP display by Alexander Akpoveta, Adamstown boasted stars all over the court, with Oreoluwa Jegede delivering on the scoring front along with Akpoveta and Harley Odia, and it was their clinical finishing – particularly in the first half – that put the game just beyond the reach of Claregalway.

Coláiste Bhaile Chláir were not without their impressive performers though, with an solid display from Brendan Haridman and good scoring and defence from Luke Dolor, Rory Duggan and Darren Melody that helped keep the pressure on their opponents.

Adamstown emerged out of the blocks quickest, with Jegede opening their account early on before Akpoveta and a Jegede three-pointer enlarged their advantage.

Dolor responded at the other end, but the relentless pace of the Adamstown offense saw them into a 19-7 lead by the close of the first quarter.

The Dubliners maintained the high intensity in the second quarter, with Akpoveta, Jegede and Odia causing all sorts of problems for the Coláiste Bhaile Chláir defense inside.

Big work from Hardiman and Melody at the other end kept the scores ticking over, but Adamstown were in control 33-15 at the half time break.

Momentum stayed with Adamstown in the third quarter, with Akpoveta continuing to dominate and going into the fourth, his side enjoyed a 47-29 point cushion.

To their credit, Coláiste Bhaile Chláir turned in a strong fourth quarter that saw them outscore Adamstown 17-10, with 15 of that haul coming from Hardimann.

However, the mountain was just too big to climb for the Galway outfit and Adamstown were duly crowned champions.