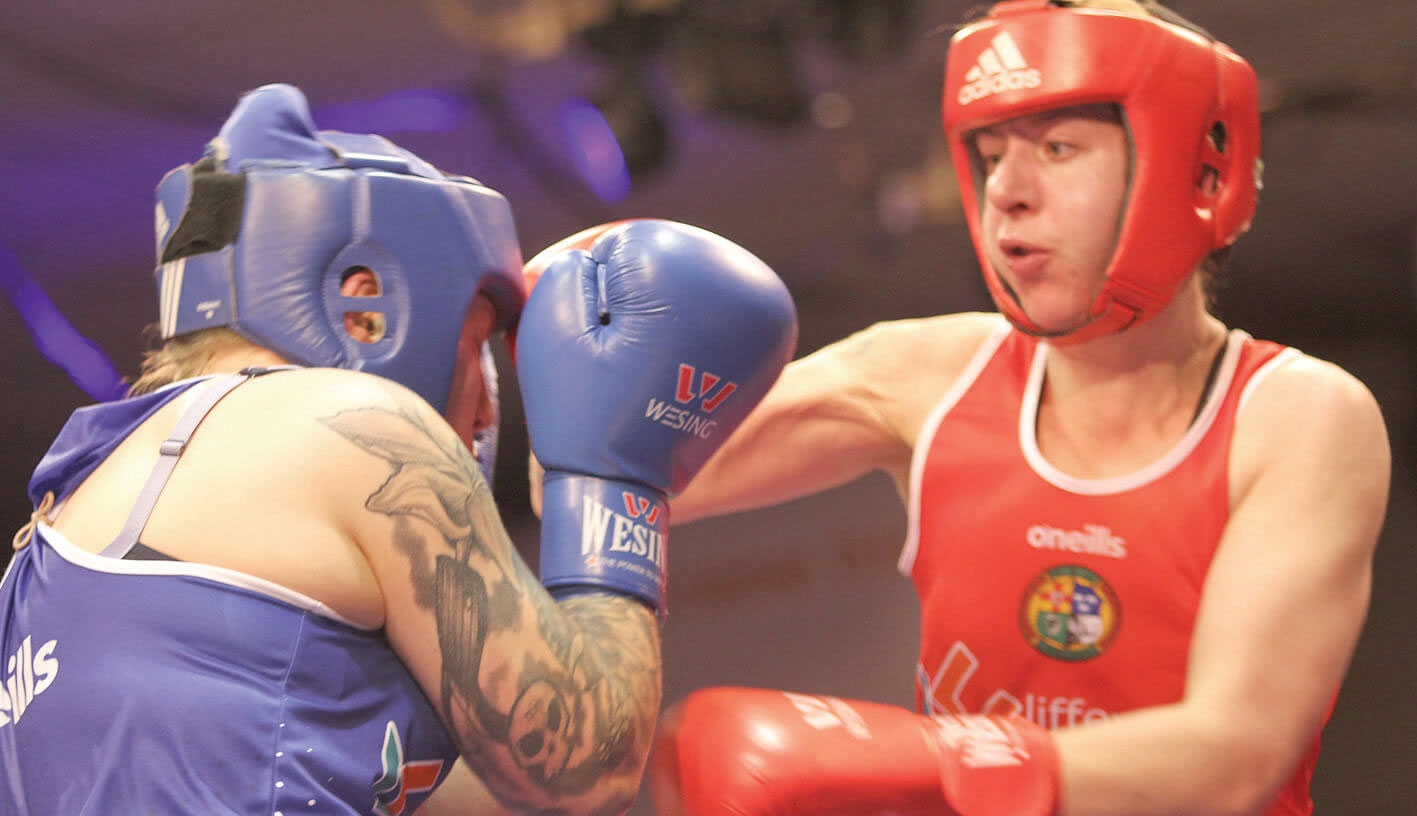 CRUMLIN Boxing Club were celebrating the crowning of another National Elite champion on Saturday after Leona Houlihan took a 3-2 split decision in her 80kg decider against Lisa Browne in the National Stadium.

On the same night that her Crumlin clubmate Dearbhla Duffy lost out to the highly rated Michaela Walsh in the 57kg equivalent, Houlihan turned in a real battling performance that was made all the more remarkable given that she had only recent returned to full training following a mountain bike accident in the weeks leading up to the championships.

Crumlin Boxing Club's Leona Hamilton on her way to victory over Lisa Browne in the Women's 80kg Championship Final.

An Elite winner previously, Houlihan was ruled out of last year’s championship after suffering a similar accident, but was determined to get back for this season’s competition.

“It was a great victory considering she [Houlihan] had her arm in a sling up to the week before the fight” said Crumlin Head Coach Philip Sutcliffe.

“She had dislocated her shoulder in a mountain bike accident but when we saw there was only one other boxer entered in her weight division, we decided to put her in, hoping it would be a straight final.

“I thought she started well, but she got a standing count in the first round which I feel shouldn’t have been given, but it was only that that put the round in doubt.

“It looked worse than it was and it didn’t affect her. She boxed brilliantly.

“She [Browne] was very strong, but Leona’s jab worked very effectively while she also caught her with some solid back hands to keep her at bay” he added.

While she turned in a very gritty performance, Dearbhla Duffy was unable to defy the odds by finally putting one over Monkstown Antrim’s Michaela Walsh, losing out 5-0 in Saturday’s final.

“I know Michaela got a unanimous decision, but it was a close fight” insisted Sutcliffe.

“Dearbhla boxed really well. I thought she nicked the first round and the second and third were very close. That’s the closest she’s taken that girl” he added.

Meanwhile the club will be strongly represented in the upcoming National Cadet Championships with seven of their members set to weigh in this weekend.