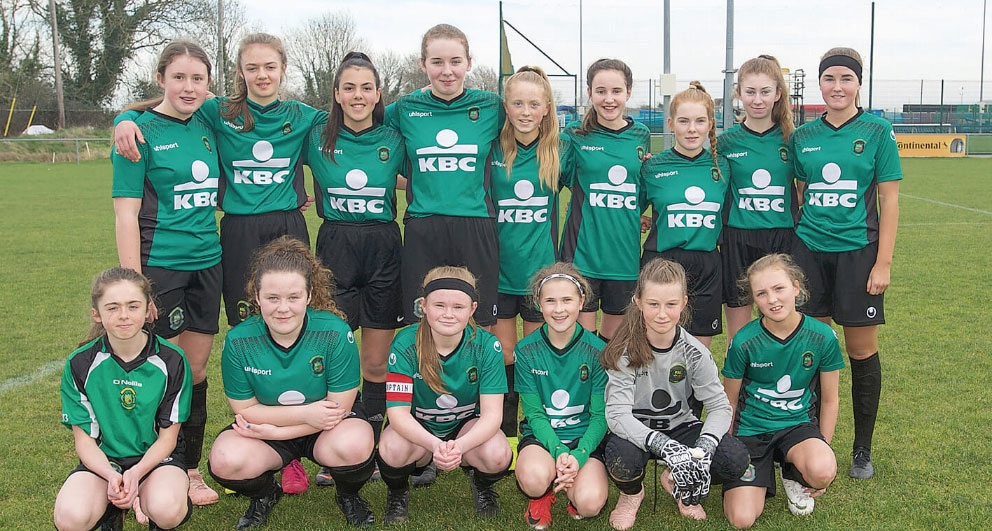 PEAMOUNT United turned the tables on Dublin rivals Shelbourne to secure a return to the Girls Under 14 All-Ireland Cup decider with a 2-0 win in Greenogue on Sunday.

Having suffered a 3-0 drubbing at the hands of the same opposition in their league clash back in December, the Newcastle side was always expecting a gruelling challenge.

Peamount are into the Under 14 Cup Final.

And so it proved to be, with the deadlock not being broken until 20 minutes from time when Nadine Raymond let fly a 30-yard effort that sailed in.

Yet just prior to that, Shelbourne were denied the lead themselves after Sophie Rankin pulled off a great one-on-one save in was a pivotal moment in the tie.

Peamount ensured the win when Sadhbh Fisher converted from the penalty spot after Jessie Stapleton had been fouled in the box.

The victory sees Peamount through to the decider where they will face off against Galway outfit Mervue later in March.

While United won this very title last year, they have again reached this season’s decider with a whole new crop of players.