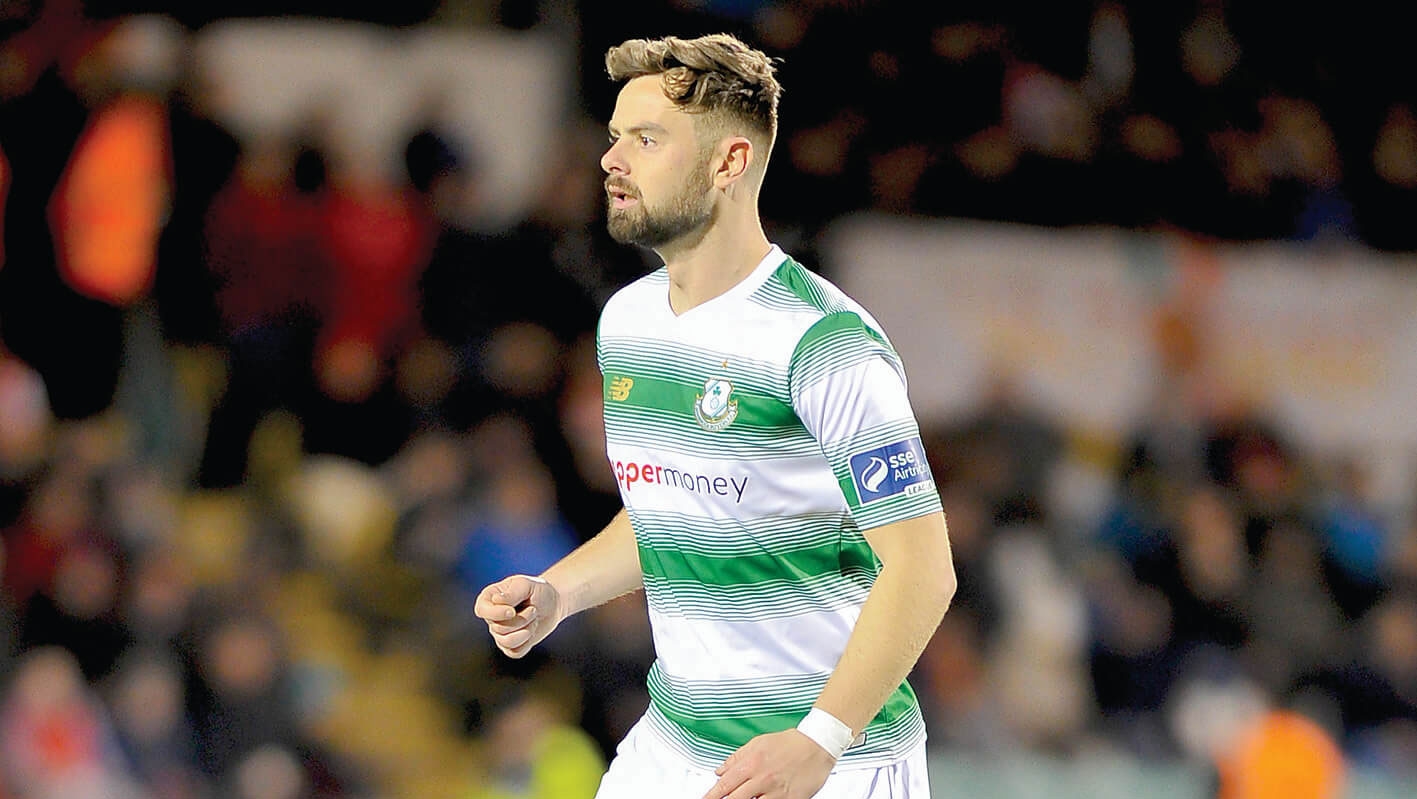 While Vinny Perth’s side managed only their first win of the campaign after three attempts, the Lilywhites will be hoping to kick on after Monday night’s 2-1 victory over UCD at Oriel Park.

That win was preceded by two draws against Sligo Rovers at home and away to Finn Harps, but Bolger insists the Hoops will have to be prepare for a huge game against a side that has dominated domestic soccer over the past five years.

“Dundalk started slow last season, but it didn’t really matter. They ran away with it” Bolger pointed out.

“It’s going to be up and down for every team. You have to wait until about 10, 11 games into the season and then look at it.

“They’ll be looking for-ward to coming to Tallaght and another big game. They have some great attacking players like Michael Duffy and Patrick Hoban. They’re a real threat, but we just have to keep applying ourselves the way we have been.

“Nothing changes from the first three games. The players just have to give everything for the jersey” he stressed.

Stephen Bradley’s side have enjoyed a more positive start to their campaign with hard fought victories over Waterford and Derry City before their 1-0 reversal against arch rivals Bohemians in Dalymount on Monday.

It was a bitter setback for the Tallaght side who lost the services of striker Aaron Greene to a straight red card for his challenge on Keith Ward just prior to the half hour mark.

And while they still threatened a goal at times despite their numerical disadvantage, Rovers were left chasing the game when Daniel Corcoran despatched a 68th minute penalty awarded after Ronan Finn was adjudged to have sent Ward sprawling in the box.

For Bolger, those two decisions were difficult to take as he told The Echo “It was tough on us. I thought Aaron was going for the ball. Wardy wasn’t committed to the tackle and it was more Aaron’s hip that drove him off the ball. It was very harsh, but that’s the way it goes at times.

“For the penalty it was a dive, a blatant dive. They said he was pulled back, but then how did he fall forward?

“But for a team of 10 men, we played very well. They had only one chance in the second half and we finished the stronger, our fitness levels showed. We pushed hard and there were plenty of positives to take from the game.

“The first few games in the season are always tough. You’re trying to get that bit of momentum, unfortunately we didn’t get the result against Bohs, but we’ll look forward to the game against Dundalk. It has been tight between us two in the past.”