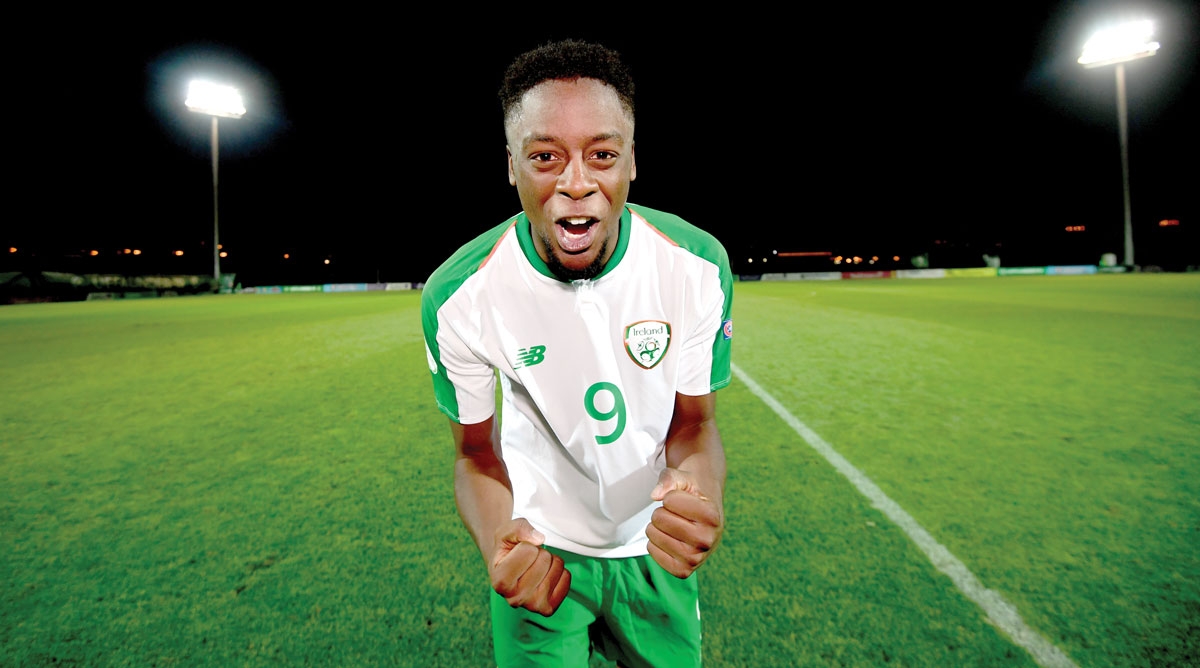 Afolabi finds the net in Ireland’s U21 comeback win

Tallaght’s Jonathan Afolabi was amongst the goals as the Republic of Ireland U21s came from behind to defeat Wales 2-1 in an international friendly at Colliers Park in Wrexham earlier today.

Currently on loan at Dundee United from Glasgow Celtic, Afolabi lined out in the youth leagues with Shamrock Rovers and St Joseph’s Boys before earning a move to the Southampton Academy in 2016.

Having previously amassed six goals in 16 caps for the Republic’s U19s, this was his first goal in just his third appearance for Jim Crawford’s U21s.

This game was arranged in the middle of a four-day training camp in the UK for the Ireland squad, with both themselves and Wales beginning their 2023 European qualification campaigns at later dates.

Selected in an attack that also included the highly-rated Borussia Mönchengladbach youngster Conor Noss, Afolabi showed what he is capable of.

It wasn’t all plain sailing for the visitors, however, and the Welsh hit the front through Joe Adams in the 12th-minute.

They maintained this one-goal advantage until the interval as Ireland struggled to make headway in difficult conditions.

Ryan Stirk was agonisingly close to extending the Welsh lead on 74 minutes and he was left to rue this missed opportunity just two minutes later.

From a Noss cut-back, Afolabi was on hand to apply a smooth close-range finish.

Ireland’s tails were now up and they subsequently edged ahead when an overcooked Morgan Boyes pass deceived goalkeeper Nathan Shepperd and crept over the line for an extraordinary own goal.

Afolabi was perilously close to adding a second before making way for late call-up Ethon Varian on 86 minutes, but he will be satisfied with his day’s work in the Welsh town.