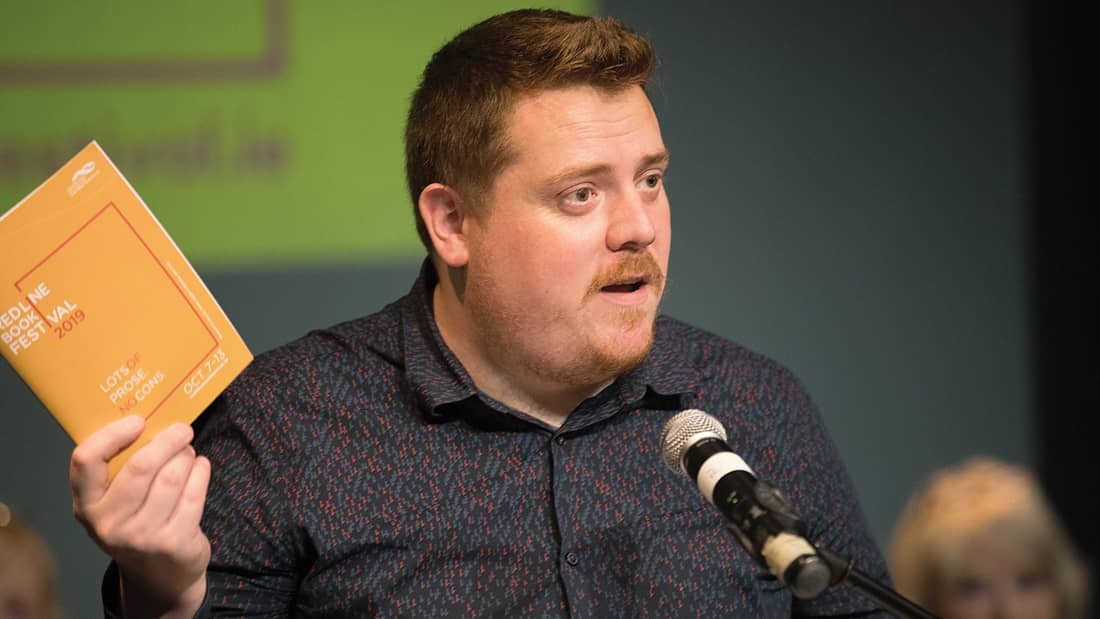 THIS year’s Red Line Book Festival kicks off next week, with the majority of the festival’s events taking place online for the first time.

An initiative of South Dublin County Council, the festival was launched last month with a blended programme of online and in-person events, however since new government guidelines were implemented to deal with the coronavirus pandemic, the format of the festival has changed.

Mark Ward, the programmer of the Red Line Book Festival

Even though all of the events, bar a Where’s Wally Treasure Hunt in Rathfarnham Castle Park, will be held online, this hasn’t dampened the organisers’ ambitious plans, which include Zoom workshops, talks with authors including Rob Doyle, Blindboy Boatclub and Sinéad Gleeson, and writing clinics.

Mark Ward, the programmer of the Red Line Book Festival 2020 and an accomplished poet, told The Echo: “We started developing the programme for the festival in January and February, when everything seemed to be going okay, but then it all changed.

“We knew that a lot of the festival was going to be online, so when the rest of it went online it wasn’t that much of a surprise.

“It’s been a topsy-turvy ride, but we’re delighted with how the festival programme has turned out.”

A special talk about the anthology ‘Galway Stories’ will be hosted by co-editor Alan McMonagle, and features Patrick McCabe, Elaine Feeney and Danny Denton, in recognition of Galway’s place as the European Capital of Culture 2020.

The award-winning Clondalkin poet Colm Keegan will shine a light on South Dublin County through the South Dublin EPIC event, by hosting a series of readings and the world premiere of a short film developed by budding young writers, narrated by Clare Monnelly and animated by Bob Byrne.

There are also numerous opportunities for budding writers to sharpen their prose, such as creative writing clinics held by writer-in-residence Keith Payne, a writing with the senses workshop by poet and writer Eileen Casey, and there will also be a talk about submitting your prose to literary journals.

“What’s interesting about online events is that we’re not tied geographically,” added Mark.

“We have people based in Ireland, the UK and Canada who’ll be taking part, so it’s broadened the scope of what we can deliver.

“I would hope that more people will see the festival this year than in previous years, and that people who normally attend in-person will be able to see it and take part. We want to retain our audience and get a new audience too.”

As for the aim of the festival, Mark explained: “It’s all about literature and a love of the written word.”