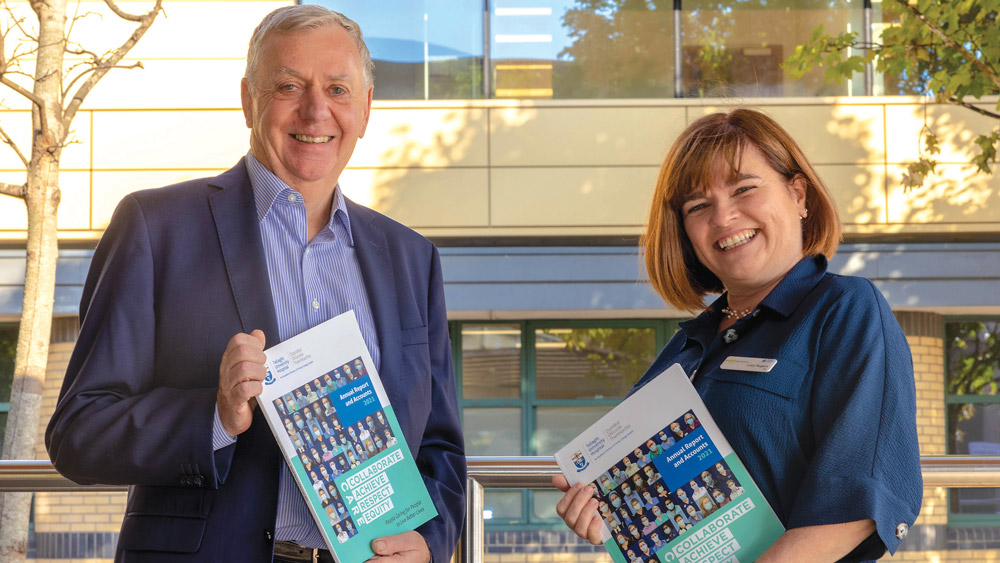 ALMOST 250,000 people came through the doors of the Out-patient Department of Tallaght University Hospital in 2021, with emergency department attendances increasing by nearly seven per cent.

Tallaght University Hospital (TUH) has published its 2021 annual report, a comprehensive account outlining what was achieved by all at the hospital in a year which saw them continue to battle the Covid-19 pandemic and get to grips with a cyber attack.

In May 2021, the national healthcare system was targeted in a ransomware cyber-attack.

However, having invested in digital infrastructure protection previously, the hospital’s internal network continued to function – allowing staff to work with minimum disruption.

At a glance, the report details that there were 17,672 inpatient admissions, 82 per cent of which are admitted through ED, while there was 7,202 surgeries and procedures.

The average age of admission for a male patient at TUH is 58, and 57 for a female.

Of the 144,941 diagnostic images taken 10,549 were done so in the community radiology department and there was 1.4m electronic messages sent to HealthLink – to GPs and primary care centres.

The year 2021 was the first full year the Reeves Day Surgery Centre was up and running, with the facility reducing the number of patients waiting more than a year by 67 per cent.

According to the hospital, patient satisfaction with the new cardiac rehabilitation service is scoring at 100 per cent.

Having introduced a new acute oncology service, the nurse-led facility provides triage support over the phone with 38 per cent of all calls resulting in the problem being solved over the phone.

TUH is staffed by some 3,277 people with 63 different nationalities represented on the team.

The hospital is a public, voluntary teaching hospital funded by the Health Service Executive (HSE). It opened on June 21, 1998, bringing together over 600 years of medical and nursing care and education from the Adelaide, Meath and National Children’s Hospitals.

There is also a Day Surgery Centre located near the hospital which has four theatres and 25 day beds for elective surgery. There are an additional 61 offsite beds under TUH governance.

Commenting on the publication of the report, Chief Executive of TUH, Lucy Nugent said: “The ongoing expansion of the hospital campus continued during 2021 despite all the challenges we were presented with.”

“The ICU build will open on schedule and the opening of the CHI OPD and Urgent Care Centre on our campus is freeing up space and enabling works to be carried out to expand our acute floor and further outpatient space.

“As the population around Tallaght grows so does the demand on our services so this space will be put to use very quickly to the benefit of our patients.”