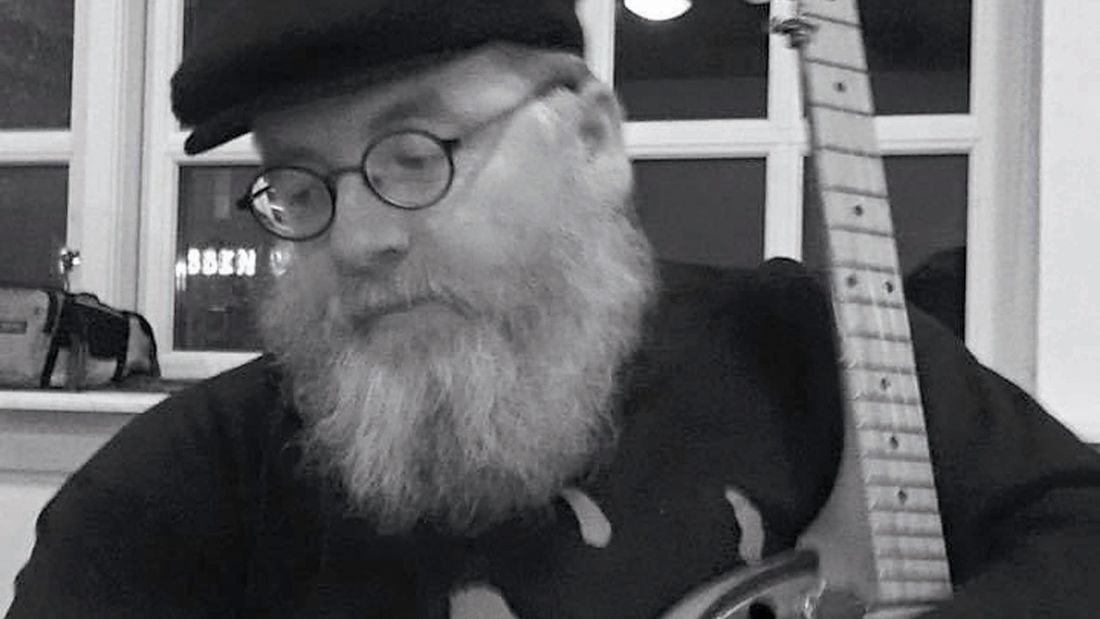 Alone Together: Music for mad times

A seasoned local musician, along with a cast of talented singers and performers, including members of the Tallaght-based Now and Then Production Company, recently released the video for his anthemic track ‘Alone Together’ – and at the time of going to print it had racked up over 2,000 views on YouTube.

Dom Kelly, who is originally from Millbrook Lawns in Tallaght and has lived in Denmark since 2003, wrote the song after he set up an inclusive and creative Facebook group, called Music for Mad Times, as the world started going into lockdown to combat the coronavirus.

The group is a supportive environment for both established and novice musicians to share covers or original material with each other and to channel creativity during lockdown, and when Dom was inspired to write the uplifting track ‘Alone Together’ the group members got involved in the song and the video.

The song is the joining force in the emotive black and white music video, featuring singers and musicians from the group performing the track from their homes all over the world, while still managing to connect and be together virtually while staying apart.

Dom spoke to The Echo about how the group began, the virtual launch party for the ‘Alone Together’ video, which was put together with the help of four other Tallaght natives, namely Ken Whelan, Catherine Griffin, Paul Nestor and Niall Brennan, and the importance of the arts in such uncertain times.

Why did you decide to set up the Music for Mad Times Facebook group?

A friend of mine, Audrey Butler Fineagan, saw a Facebook post with people singing the same song in different places and suggested I should do that, so I got thinking, which can be dangerous sometimes! I thought about setting up a group for people to come and sing, dance, or tell a poem or story, or they could just be spectators and enjoy the show.

I put the first post up and away it went, people really connected with it. It’s for musicians of all standards – that was always my thing with it, it should be for everyone and inclusive, not just the professional musicians. It has remained that way and, what I really love, is that some of the folks that play music for a living stuck with it too and encouraged others.

What is your aim with the group?

The aim is to entertain people in these mad times, and to offer a break from the unknown. Hopefully we never have to experience war, but we are in a war-like situation in lockdown and people need something to look forward to. If it’s a few tunes on Facebook that does it, well that makes me happy.

We have connected with one another through lonely times for some, and we have made friends from all over the world.

What has been the best moment in the group so far?

Without doubt earlier this month when we held a watch party for the launch of ‘Alone Together’. I put a 45-minute film together with the people behind ‘Alone Together’, with a few words from them and a few songs.

It was great craic and emotional at the same time, and we ended it with the first showing of the video. It was a great night and we hope to have more nights like that.

Can you tell me about what listeners can expect from your song ‘Alone Together’?

The song just describes how we took for granted the life we had, with things like neighbours, friends, school, work and family, and how we didn’t know what was coming.

I was very inspired by those early videos coming out of Italy [of people singing on their balconies]. The chorus tells about how we can beat this by standing together while apart, by being alone.

You’re a member of Irish trad band The Boxty Lads, do you now rehearse with your bandmates over Zoom or Skype?

Well the rest of the band live in Rome, so we don’t rehearse regularly anyway. But I have done a few duets with the lead singer Paul Matthews, using the app Acapella. And our fiddle player Dario Vatalaro actually plays on ‘Alone Together’.

What role do you think the arts plays in the midst of the coronavirus pandemic?

The ‘Alone Together’ video is out now on YouTube, and the Music for Mad Times group is available on Facebook.