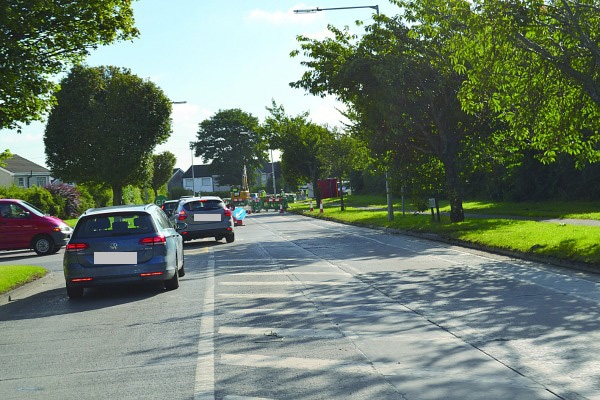 WORK that has been ongoing on Mayberry Road in Kilnamanagh is expected to continue until mid-November.

The Echo understands that the roadworks relate to ducts being laid for Amazon, who are currently developing the Jacobs site and who have another facility at the old Shinko site on the Greenhills Road.

Residents in the Kilnamanagh area saw major traffic delays last weekend as the works took place on a busy stretch of the road which links the Greenhills Road and Belgard Road through the Kilnamanagh estate.

A letter circulated to local residents states that works commenced on Tuesday, August 9 and are expected to continue for approximately 14 weeks until mid-November.

The works relate to out-ducting work to facilitate the installation of new fibre optic cables on Mayberry Road.

It is being undertaken by New Century Engineering Ltd, a company registered in Letterkenny, Co Donegal, on behalf of Step Telecoms.

A council spokesperson said: “The roadworks taking place on Mayberry, Airton and Greenhills Road are private works to bring ducts to a private industrial development on Belgard Road.”

Local councillor Charlie O’Connor has called on South Dublin County Council to immediately clarify the situation with regard to the ongoing roadworks at Mayberry Road which are causing much inconvenience to the local community.

He said residents are particularly concerned that the roadworks may not be completed for fourteen weeks.

Cllr O’Connor added that he had been told, in response to enquiries he made that “the works relate to the works on the Amazon site”.