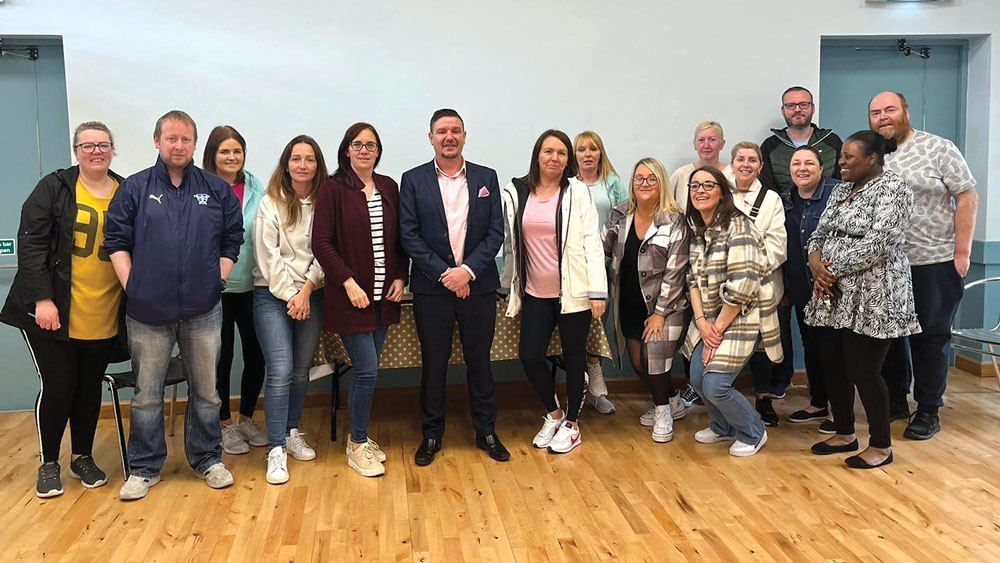 LONG waiting times for school places and support for kids on the spectrum in Dublin 22, led to the formation of a new group – Clondalkin Autism Parents Support Network (CAPS).

Established in February, the group’s aim is to improve the prospects for kids with autism in the area.

Last Tuesday morning, May 24, at Knockmitten Community Centre, CAPS held a meeting with some local representatives – outlining challenges with regard to their children’s educational needs, and the lack of a specialist education care facility in Clondalkin.

TD Mark Ward (SF) met with the group and has called on government to address the shortfall in ASD secondary places in Dublin Mid-West.

“This is on top of the daily struggles for parents of children with additional needs, in trying to access disability services.

“Information the groups received from the National Council for Special Education tells me that we currently have 17 primary schools with 29 ASD classes in our area. That’s a total of 174 children in ASD primary school classes.

“We have five secondary schools with 1.5 ASD classes that will accommodate 45 children. Simple maths tells me that putting 174 children into 45 places simply does not go.

“Whilst there are nowhere near enough ASD primary school places, there is a complete lack of ASD secondary places and this is creating a bottleneck.

“I raised this matter with the Tánaiste last week and called on him to provide an immediate solution,” said Deputy Ward.

Grainne Tynan, a member of CAPS, said there is supports in the area, but the group is needed to help each other, and especially parents “starting out on the journey” with their own child.

“Starting out and trying to navigate your way through, there are so many forms you have to fill in, it is overwhelming and scary,” said Grainne.

“We want to make sure our kids have access to the same supports as any child. United we can improve services for children with autism in the area.”

CAPS has over 200 members on it’s Facebook page already.

New members are welcome to join their weekly meetings at Knockmitten, or monthly meetings in Bawnogue and in North Clondalkin Library.