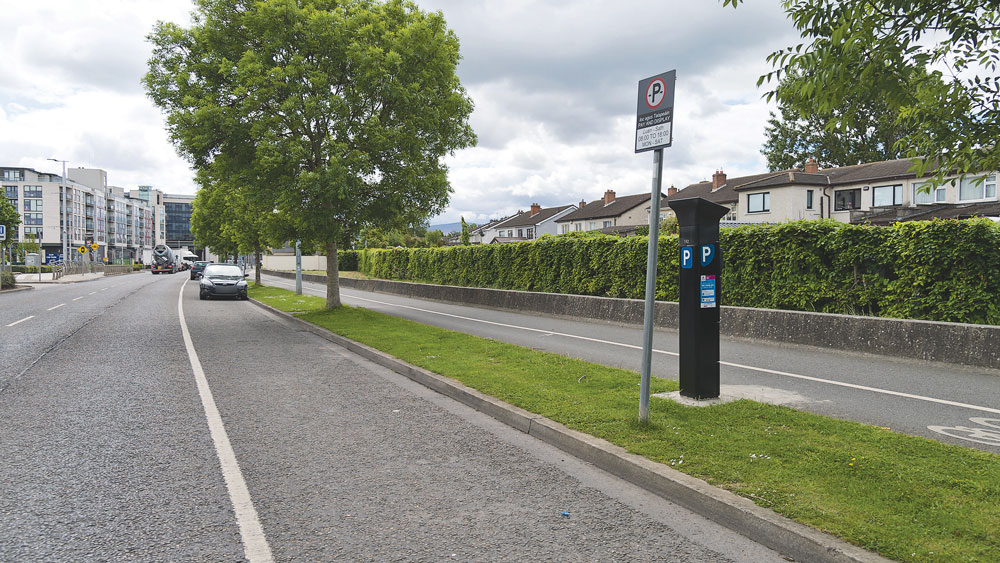 A TOTAL of 547 parking fines were issued to motorists parked on Cookstown Way in Tallaght last year, which a councillor has described as an “astonishing” figure.

The figures for parking fines in the Tallaght area were released at Monday’s monthly meeting of the Tallaght Area Committee meeting.

The statistics were released in response to a question submitted by Fianna Fáil councillor Charlie O’Connor, who expressed his surprise at the number of fines issued on Cookstown Way.

Speaking to The Echo, Cllr O’Connor said: “I was astonished when I saw that figure.

“It’s obviously being used by people who are presumably parking and then going to the Luas or the hospital. It’s a very high figure.”

By way of explanation, Cllr O’Connor said he believed that the installation of a parking meter at the parking bays at the Cookstown Luas stop may have played a part in the high number of parking fines.

“It appeared to me, earlier this year, that the installation of a parking meter created an issue where people stopped using the parking bays,” he said.

“So people may very well be deciding not to use them because of the parking meter.

“The fact that since the meter went in there and there have been so many parking fines at Cookstown Way, it concerns me greatly.”

Cllr O’Connor said it was his view that parking at the parking bays beside the Cookstown Luas stop should be free, in order to alleviate the parking issues at Cookstown Way.

“The figure for Cookstown Way is over-the-top and far higher than anywhere else in Tallaght,” he added.

A total of 1,550 parking fines were issued in Tallaght during the course of 2021, with Cookstown Way topping the list, followed by Main Street as the location with the second-highest number of fines.

Other areas where fines were issued included Forth Avenue in Cookstown Industrial Estate (161), Belgard Lane (126), the Old Greenhills Road (108) and Westpark (107).