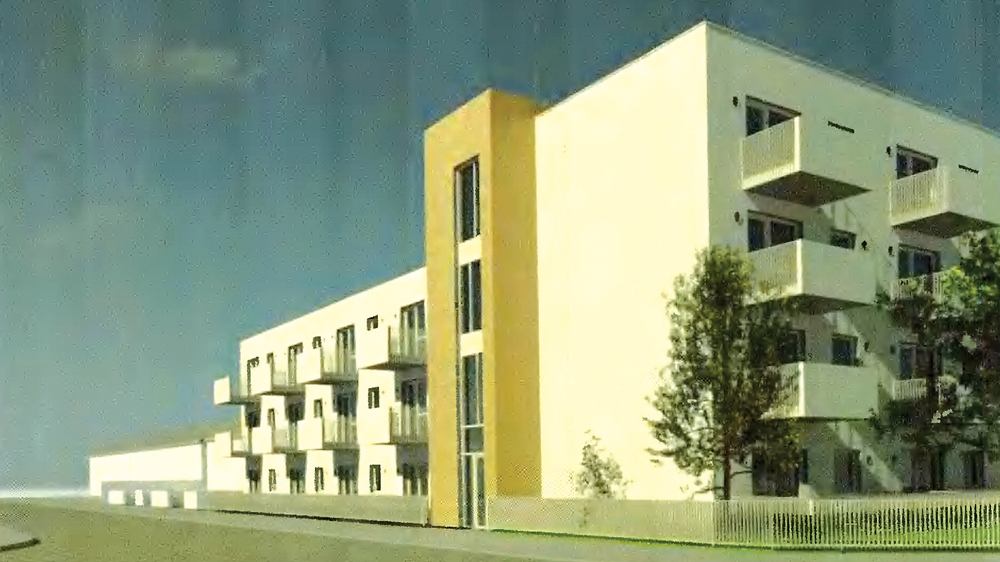 AN appeal against the demolition of a community facility for a tree- to four[1]storey development has been rejected, with An Bord Pleanála believing the proposed development “would not give rise to an over-concentration of social housing”.

Number Four Red Limited have been given the green light to demolish The Little John Centre in Walkinstown.

Plans are to develop 20 one-bedroom “Housing for Older People” apartments housed over three- to four-storeys.

Eight car parking spaces and 20 bicycle parking spaces, which are required to be covered, make up the rest of the plans along with bin storage and an ESB substation.

A total of 10 submissions were received by the council in relation to this development, including from Cherryfield Residents Association, and some were objecting to it altogether.

South Dublin County stated that it supported the development and granted permission subject to a list of 24 conditions being met by the developer, on September 29, 2021.

One of the conditions is that the developer shall pay a financial contribution of €106,800 to the planning authority and deposits to the value of €213,680.

In October, Ann Sheridan of 1 Minnowbrook, Terenure Road West, Terenure, Dublin, made an appeal to An Bord Pleanála (ABP) against the decision made by South Dublin County Council.

In their grounds for appeal, Ms Sheridan stated that “the application is supported by FOLD housing association and ultimately the development will become social housing”.

“The Walkinstown and surrounding area have a high density of social housing already that this development will only add to that that high number,” the appeal reads.

“In principle I have no objection to social housing, but this needs to be evenly distributed around the city.”

In its assessment, the Board detailed that under the South Dublin County Development Plan 2016-2022, older persons housing is permitted in principle.

“Furthermore, it is an objective of the planning authority to facilitate a diverse range of dwelling tenures, social housing and housing for older persons within the administrative area,” documentation on the final decision from the Board outlines.

“Having regard to these objectives and subject to compliance with the conditions set out below, it is considered that the proposed development would not give rise to an over-concentration of social housing in the area, would not seriously injure the residential amenity of adjoining property or give rise to traffic hazard.”

With this, the Board is of the understanding that the proposed development will be in accordance with proper planning and sustainable development of the area and granted permission subject to 19 conditions.

A lot of the conditions are planning regulation compliance along with management, development and landscaping plans, and stainable transportation measures and amenity.

ABP upheld the initial decision made by the local planning authority in its granting permission on April 27, 2022.