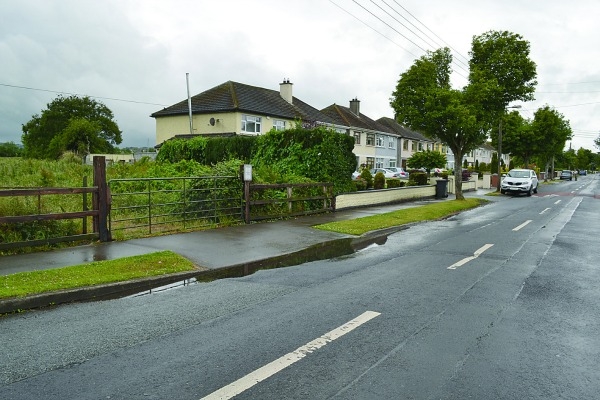 AN APPEAL has been lodged with An Bord Pleanála – over a decision by South Dublin County Council to refuse planning permission for a nursing home in Newcastle.

The plans by Mick Bennett, contain proposals for a 97-bed nursing home on a site located off the Alymer Road in Newcastle – at a location that is zoned for a nursing home under the County Development Plan.

In January, SDCC planners refused permission for the “inappropriate” design of the development, citing the height of the “two-storey” building, and facade features which would “undermine the aim of the Green Belt zone in the area.”

The local authority stated the design would “set an undesirable precedent contrary to proper planning.”

In an appeal to ABP, lodged by AKM Consultants, on behalf of Mr Bennett, the applicant feels the planning authority have “exaggerated the impact of the nursing home on the Green Belt.”

The applicant “totally disagrees” with the view of the planning authority that a single storey building limited to 6m in height is more suited to the site.

Mr Bennett feels the council have “failed to fully consider the landscape plan when making their decision to refuse permission.”

He says the nursing home was “carefully designed to comply with HIQA standards and the SDCC Development Plan” and it does “not have an adverse impact” on adjoining residential properties.

The appeal is of the belief that the proposed development would be in accordance with proper planning and sustainable development in the area.”