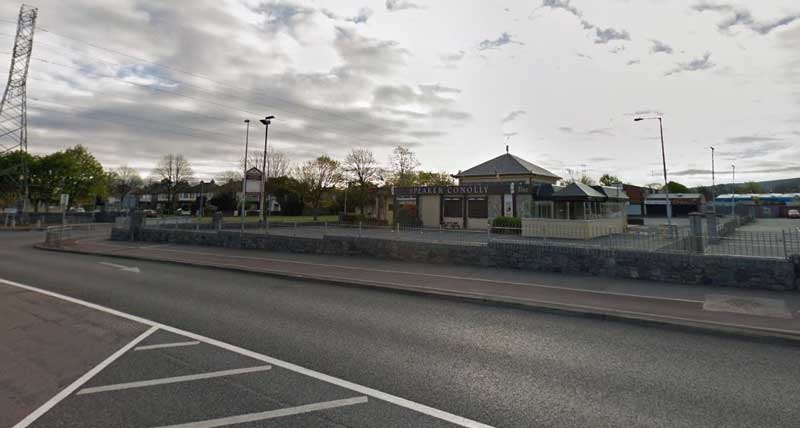 An armed robber held a member of staff who was locking up the shutters outside the premises and brought him into the pub holding an imitation firearm to his head.

The raider then held the imitation gun to assistant pub manager’s throat Jason Doyle before three customers jumped the counter and held down the raider.

An off-duty detective also assisted the customers as they pressed the panic button in the pub and Gardai arrived six minutes later.

Speaking to The Echo, assistant manager Jason Doyle said: A man holding a member of staff with a gun came into the pub saying “get down, it’s a raid”.

“There was about 10-15 customers all together, it was a quiet night thankfully. It was an imitation firearm.  We were told afterwards but at the time you don’t think of anything, you’re just thinking it’s a gun, any time it can go off. Any time it’s pointed at you, you don’t know what’s going to happen next.”

After threatening staff and demanding a sum of cash, the man was challenged by three customers who jumped the counter and held the raider to the ground along with an off-duty detective.

Mr Doyle went on to say: “When something like this happens most of it is a blur, it’s hard to recall really what happened because you just kinda go into, I dunno how would you say, automatic mode you know. You’re just trying to calm him down, get him in and out as quick as you can, just get them out so nobody gets hurt,” added Doyle.

Jim Murphy, co-owner of The Speaker Conolly ‘praised his staff and customers’ for their actions during the terrifying incident.

The suspected firearm was recovered at the scene and has been sent for technical examination.

Doyle added that “nobody was injured except for the guy who held up the pub, he came out the worse of it. Bit of a fright and that was it.”

With over 20 years in the bar trade, Doyle said it was the first time he experienced something like this before and “hopefully the last”.