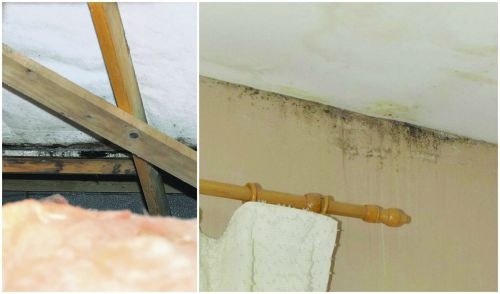 A LACK of movement in fixing long-standing problems in Balgaddy estate is a source of “exasperation” for residents, according to independent councillor Francis Timmons.

Cllr Timmons put forward a motion at the Clondalkin ACM in South Dublin County Council on Wednesday – seeking an update on reports to a motion in April, which called for consultation with the Balgaddy Working Group, and a fire and engineering report.

Residents undertook an independent study of the Balgaddy development – which is only eight years old – which found poor quality materials used in the buildings and the presence of dampness.

The council have said in the past there is no systematic construction defects in Balgaddy.
Cllr Timmons motion was kicked down the road until the next Clondalkin ACM in October – which epitomises the frustration for residents, says the local representative.

Cllr Timmons said: “There is a lot of questions about conditions in Balgaddy. I’m tired of asking the council, but won’t stop. It was my understanding at the meeting in April, that an environmental officer and structural engineer would go to the site.

“It was initially advertised as a development that was a leader in its field, but problems have been going on there for years. Everyone knows work needs to be done. Bits of walls are falling off, there is damp, stud walls have covered damp. I visited places, and just had to leave due to the smell of damp.”

Lorraine Hennessey from the Working Group cited “failed planning objectives” which have led to social problems in the area.

Cllr Timmons said: “There is no bus service, a lack of pedestrian crossing. When it was built initially there were big promises. You can feel the residents’ anger.

“Now and again the council go in and do a bit of work, but it’s like putting a plaster on a broken leg. If we need x amount of funding from central government then we should get that.”