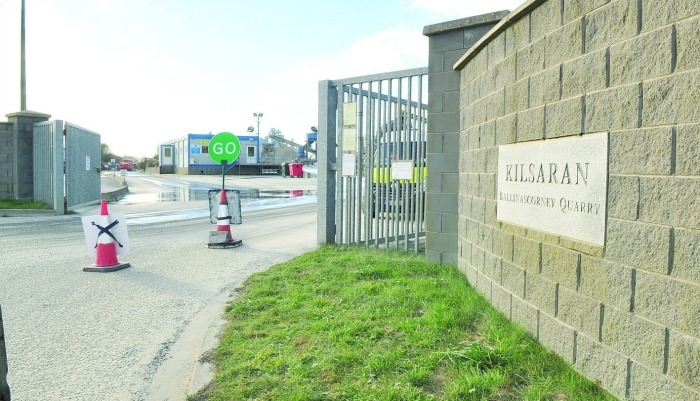 KILSARAN Concrete have appealed a decision by South Dublin County Council to refuse permission for development at their Ballinascorney quarry.

The council refused permission for the development on September 9, citing vulnerability with respect to map surveys of groundwater for the site, and said the proposed development must be considered in conjunction with other ongoing applications for planning permission relating to the quarry site.

They council also said the area is zoned to protect the Dublin mountain area, and adding an “asphalt cold feed recycled asphalt plant to an existing asphalt plant” in the quarry is not permitted in the zoning for the county development plan.

Kilsaran Concrete have appealed the decision to An Bord Pleanála, referring to an attached groundwater risk assessment report, which states the “risk to Brittas Well public supply is considered to be neglible.”

The quarry say ongoing separate planning applications for the site – whether refused or granted permission by the Board – will “not add to existing road traffic at all.”

The quarry feel the planning authority have misinterpreted the nature of the RAP plant addition, and “wrongly assumed that is an asphalt plant, where in fact it is a modification to a pre-approved asphalt plant.”

A few objections to the planning application were lodged with the council by local residents concerned at dust levels, and habitat.

The Board are due to make a decision on the Kilsaran Concrete appeal by February 24, 2017.