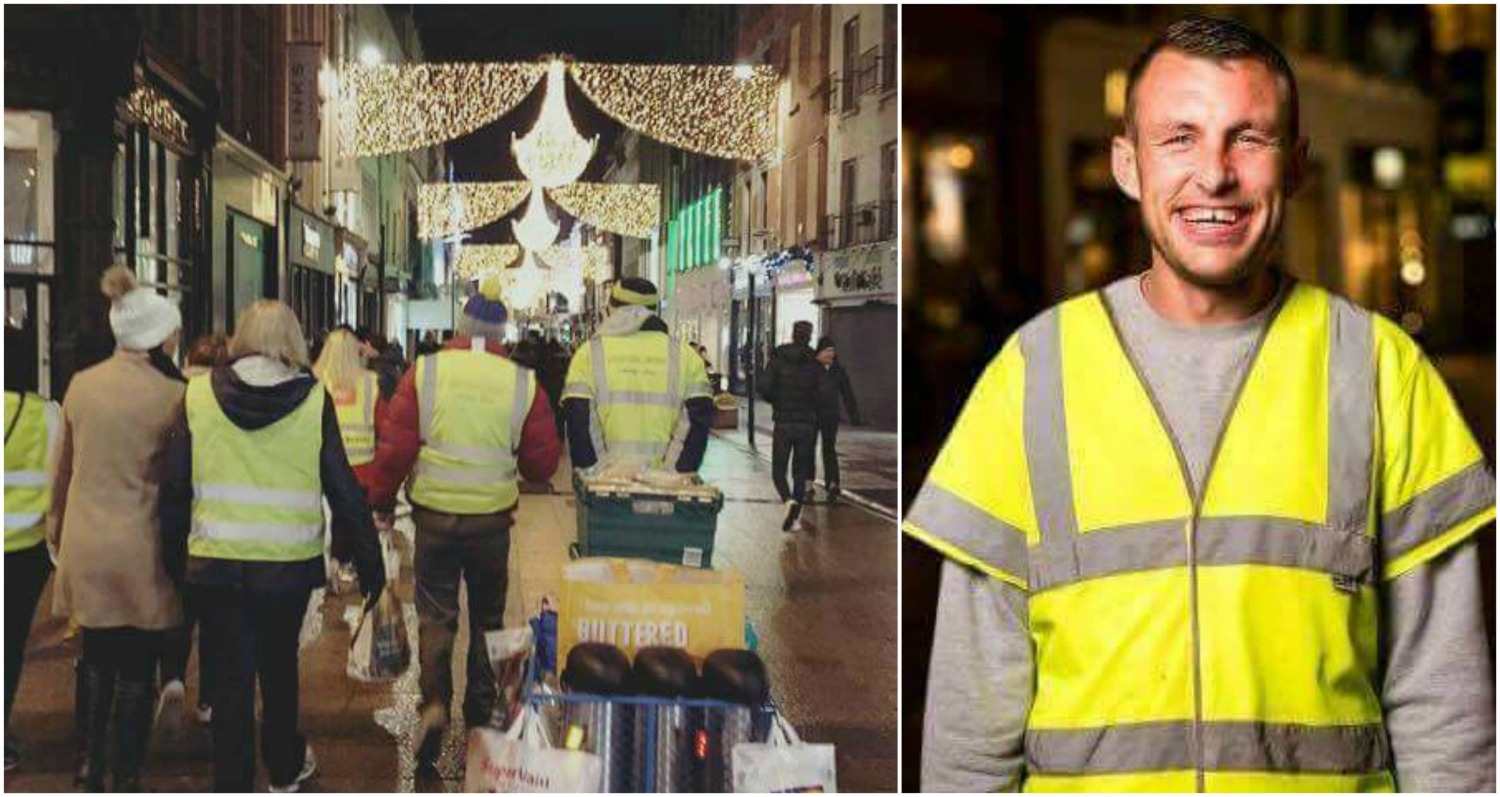 A Ballyfermot man who founded the Homeless Mobile Run will sleep rough for a week, starting from Wednesday night, to highlight the homeless crisis.

Peter Murphy will document his experience sleeping rough and trying to access different support services in Dublin City Centre on Facebook to draw awareness to the difficulties faced by those living on the streets of our capital.

Murphy founded the Homeless Mobile Unit two years ago. The group, made up of almost 40 volunteers, meet three times a week to distribute food and clothes to rough sleepers in Dublin.

Speaking to the Echo.ie the Ballyfermot native said he was inspired to start his own soup run unit two years ago after a chance encounter with a homeless 16 year-old boy after a night out opened his eyes to the crisis.

He said: “I’ve suffered with mental health problems before, so I relate with a lot of the people I meet on the street.”

He explained how the group works, saying: “I started with two small trolleys carrying flasks of soup. We now have around 38 volunteers.

“We meet on Wednesdays and Fridays outside Dunnes from 8 to 11. We later started meeting outside of Bewley’s on Sundays to give clothes.”

Murphy will begin his week on the streets on Wednesday after his soup run at 11pm, when his fellow volunteers go home.

He described his feelings about the experience, saying: “It’s exciting but terrifying. I’m going into the wilderness, it’ll be entirely new for me.”

He will charge his phone at different points during the week to give updates to the more than 13,000 followers on the Homeless Mobile Run Facebook Page

Murphy said he was also prompted to document sleeping rough after seeing a dramatic rise in younger homeless people in recent months.

Figures from the Department of Housing showed that a record high of 7,600 people were reported homeless in April, with 2,700 of these being children.

The Homeless Mobile Unit is just one of several soup runs operating in Dublin. Inner City Helping Homeless has organised the National Homeless Demonstration for this Saturday, which several housing groups and soup run initiatives will attend.