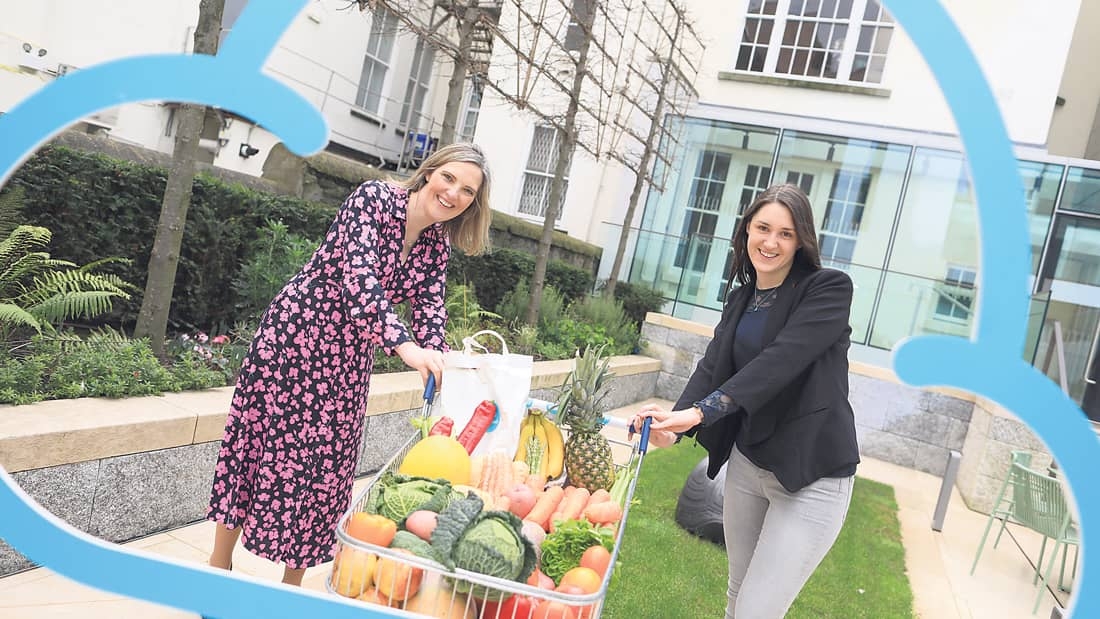 AIB has renewed its partnership with Tallaght-based FoodCloud for another three years, investing €1.5 million to support the social enterprise’s 2021–23 strategy.

The renewal comes on the back of a three-year partnership, during which 6,300 tonnes of surplus food were redistributed – the equivalent of 15.1 million meals.

Mary Whitelaw, Director of Sustainability at AIB and Iseult Ward, CEO of FoodCloud

The partnership has also seen approximately 1,200 AIB employees volunteering at FoodCloud’s hubs as part of the AIB Together programme.

Meanwhile, research conducted by AIB and FoodCloud, shows over a third of the public feel they waste more food since Covid-19 restrictions began.

The research was carried out in February and revealed 37 per cent of respondents feel they are wasting more food than before the pandemic.

Two-thirds of the 1,000 surveyed indicated they had an awareness of the connection between food waste and climate change, with 80 per cent of people in Ireland keen to learn more about how to avoid wasting food.

Mary Whitelaw, Director of Sustainability at AIB said: “I’m delighted to announce the renewal of our partnership with FoodCloud which will support them for a further three years, as they continue to expand their footprint across Ireland. FoodCloud has clearly demonstrated what can be done to practically address environmental and societal issues – protecting the environment while providing food to those who need it most. This closely aligns to AIB’s own carbon-reduction goals to achieve carbon neutrality in our own operations by 2030 and to increase green and transition lending to 70 per cent of lending to new customers by 2030.”

Iseult Ward, CEO of FoodCloud said: “With the support and security of our three-year partnership with AIB, FoodCloud were positioned and ready to respond to the increased demand for food within communities brought about by the pandemic. 75 per cent more food was distributed through our three hubs in 2020 compared to 2019.

“Having this certainty of support from AIB, meant we were able to take on four new staff in a very short window, which were further supported by AIB volunteers, who have become an integral part of our operations since our partnership began in 2018. AIB’s support over the next three years will further increase FoodCloud’s capacity to redistribute food, boost the expansion of our technology beyond retail to the wider supply chain, and support collaborations with growers to rescue more food at an agricultural level.”

Last year, FoodCloud hit the 100-million meal mark over Christmas redistributing over 3,000 tonnes of food (over 800 tonnes more than any previous year).

Using hubs in Dublin, Galway, Cork and internationally, FoodCloud redistributed almost 10,000 tonnes in 2020 – 2,500 tonnes more than any other year.