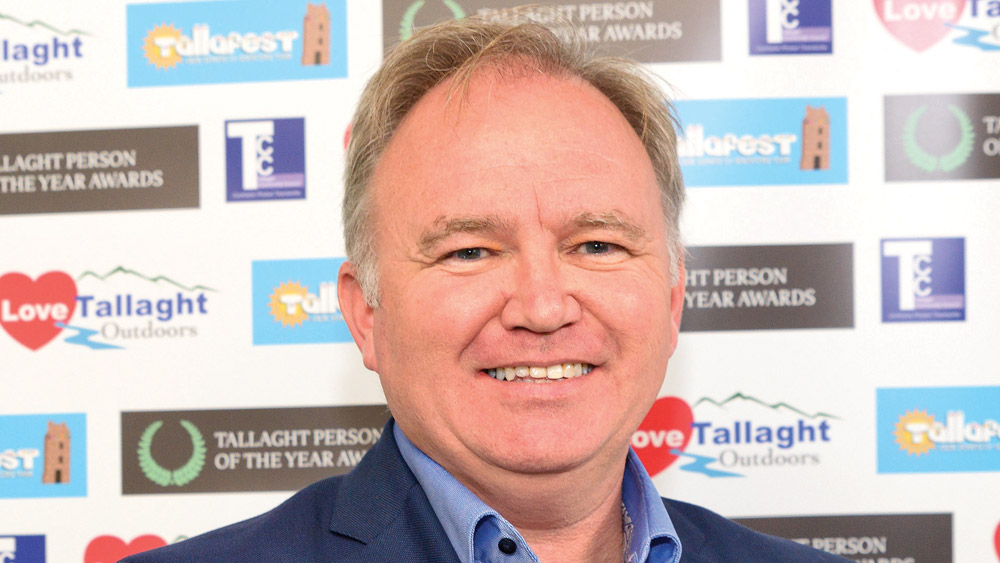 Barry delighted to be named special guest for awards night

RTÉ correspondent Barry Cummins has shared his memories of growing up in Tallaght in the 1980s, and his delight at being the special guest at this year’s Tallaght Person of the Year Awards.

Barry is perhaps best known for his work as a security correspondent on ‘Prime Time’, and he is also a best-selling true crime author.

However, before Barry began his journalism career, he grew up in Springfield and went to school in St Mark’s and still has fond memories of that time in his life.

“All of my childhood was spent in Tallaght,” he told The Echo. “I’m old enough to remember before The Square existed, before Tallaght Hospital, and before the college was there.

“I come from that era where Tallaght Town Centre was all that there was, and when volunteerism was so important because there weren’t the same facilities and outlets that there are now.”

The importance of volunteerism became apparent to Barry when he spent most of his adolescence playing for Mark’s Celtic Football Club, which was staffed by volunteers.

As the Tallaght Person of the Year Awards aim to highlight the work of volunteers and activists in the community, Barry said it felt like a natural fit considering his own experience in Tallaght.

“I’m very happy to be involved in the awards, for the fact that it’s recognising Tallaght and the volunteers who give back to the community,” he explained.

“I would’ve benefited from that when I was growing up in the community. It’s good to see people being recognised for that.”

Barry said he’s looking forward to the awards ceremony, which is run by Tallaght Community Council (TCC) and will take place in the Maldron Hotel in Tallaght next month.

“Tallaght is a totally different place now,” said Barry, “but the spirit of giving back, helping others and looking out for your neighbours is still there.”

To nominate your local hero, organisation or club, go to Tallaghtcommunitycouncil.