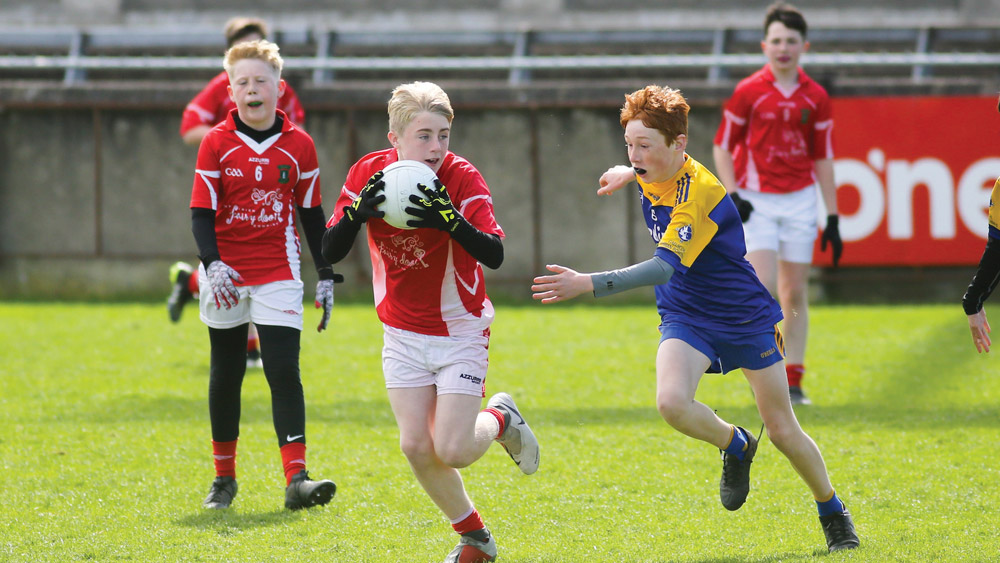 DESPITE an encouraging start in which they registered two early goals, Gaelscoil Chluain Dolcain lost out 5-13 to 2-4 to GS Bhrian Boróimhe in last week’s Corn Chumann na Gael final in Parnell Park.

Jeaic Ó Leadús found the back of the net soon after the start of proceedings and Labhras Ó hÍcí was not long in following suit as the Clondalkin side took a 2-0 to 0-1 lead despite playing into a strong breeze.

But, inspired by the clinical Ruairí O Cathail, who emerged from this tie with a goal and seven points to his name, Bhrian Boróimhe stormed their way back to lead by seven at the halftime break.

Páraic Ó Caiside also found the back of the net, while Callum Fulham struck over as the northsiders began to exert a tight grip on this match.

While Chluain Dolcáin re-emerged after the break determined to find a way back into the game, Bhrian Boróimhe’s defensive strength proved difficult to break down.

At the other end, they kicked some magnificent long-range scores to move further ahead, Hughie Ó Glionnáin serving up two goals to really put them on a sound footing.

Chluain Dolcáin did managed to respond with scores from Hearaí Ó Homáin and midfielder partner Ó Leadús – one of those points coming in the form of a sublime attack and finish.

But, with TJ Ó Rua rattling the net and Rowan Laighléis and Cillian Gunnery firing over, Bhrian Boróimhe were very much in control of this game by the end.

Despite the loss to such strong and well-drilled opponents, GS Chluain Dolcain will take heart in a great campaign and some gallant performances, not least from the likes of Searlas Mac Conaill and Tomás Ó Caoinleáin, Aaron Ó Cearbhall Riain and Rian Mac Aonais.