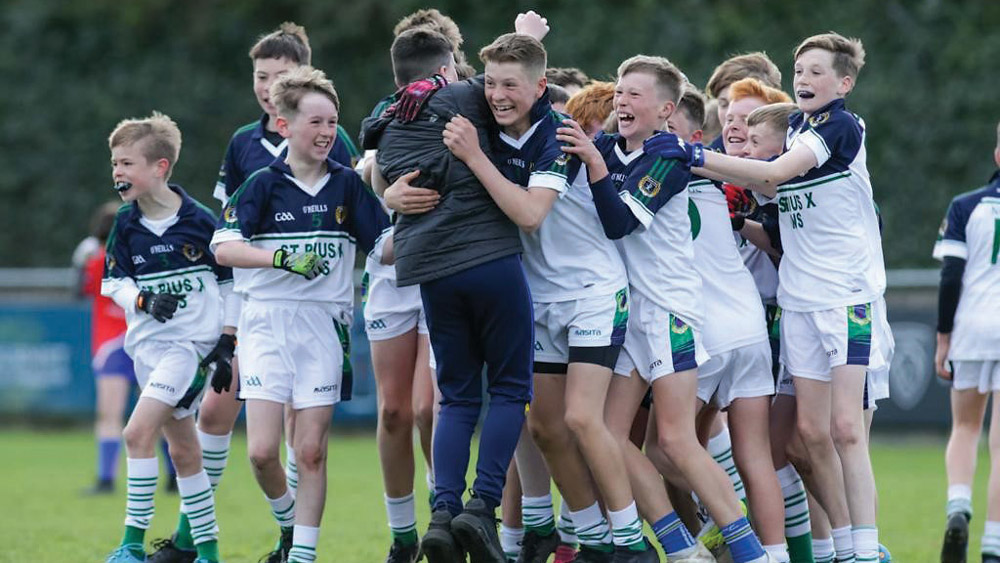 Pius on the double

While the former took the final step on the road to the Corn Austin Finn after serving up a 3-7 to 2-4 defeat to John Paul II GNS in the final, the Pius Boys team ran out 2-8 to 1-6 winners over Belgrove in the Corn Kitterick decider.

In the girls’ final, it was the Malahide side who made the early running, thanks to points from Isabel Aslett and Nessa Sheehy, but Pius soon hauled themselves right back into the running when Isabelle Linnie saw the ball over the goal line.

Both sides swapped points as Leah McEvoy added to the Pius tally before Julie Chauvire responded in kind for the northsiders.

Jessica Lombard’s superb strike to the net was followed by scores from McEvoy and Linnie as the Terenure school threatened to race out of sight.

Still John Paul kept themselves in touch heading into the second period after Maggie O’Dwyer served up a goal just prior to the break. 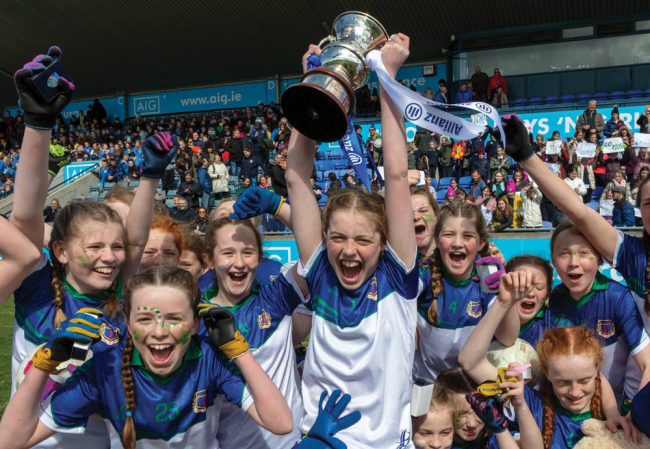 St Pius put a little more daylight between themselves and their opponents, courtesy of Sadhbh King and Lombard only to see Leah Raftery fire home a second goal for John Paul.

King despatched a further two efforts between the posts as Pius staved off a late onslaught by their Malahide rivals to secure the prize.

In the Corn Kitterick Final, the Pius boys got their hands on the Division One Cup for the very first time after weathering a serious test from a gritty Belgrove team.

The Terenure side capitalised on a favourable wind at their backs to race 1-6 to 0-2 in front by the interval, Conor Phillips proving quite a handful for the Belgrove defence as he notched up a goal and three points.

Finn Connellan weighed in with three points while Matthew Casey also found the back of the net and Oscar Morgan twice split the posts for St Pius.

Team captain, Conor O’Brien enjoyed an excellent game at centre back while David Lombard also performed superbly at wing back, demonstrating impressive strength and determination to drive forward at every opportunity.

Connellan and Hugh Fennell proved a great partnership in midfield, while Shay Evans turned in a fine shift at full back as did St Pius goalkeeper, Ben Shevlin.